You can definitely tell a lot about a person by the things he spends his money on. Imagine how entertaining this must be for credit card companies scrutinising your bills every month! Although they may not know the exact item you’ve purchased; it’s easy to guess what you’ve bought by looking at the store name.

But things sometimes get a lot weirder when your credit card gets stolen. Now, having your card nicked is horrible enough a feeling as is: imagine if you are then saddled with a bill containing some really curious purchases.

Some real stories we’ve encountered though the years include a mobile phone shop attendant who appropriated a customer’s card, then swiped a few handphone sets from the same store until the card maxed out, and an elderly man who found the charge for a CD from an online heavy metal website (which certainly wasn’t to his music tastes) on his bill! The instance was downright stupid (did you not think you were going to get caught, dude?) and the second a little silly. Seems like heavy metal fans will certainly do anything to own their favourite band’s CD. 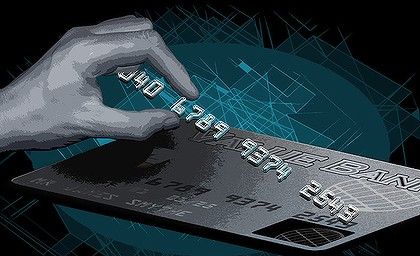 But these are mild instances compared to the ones we found online.

A Redditor commented that his credit card was stolen to buy a stainless steel coffin! The only reason he discovered this charge was because the bank had called him to verify it. Hey, even thieves can have funeral emergencies but what could have been creepier was if the thief was also a novice murderer. Luckily, the bank called the actual owner and as such – we probably will never know.

A Pizza from Dominos

An article on credit.com detailed how a woman in Ohio had her wallet stolen and ended up with a bill for Domino’s Pizza! The persons involved must have had a real hankering for pizza and were silly enough to order something that would lead police directly to their homes. The evidence of the foul crime? Why, empty pizza boxes of course.

And this isn’t the first instance. Another article on XO Jane told of all the creepy things a lady found charged when her debit card was stolen. One of which was a pizza order from Domino’s in Australia. What is it about Domino’s pizza and credit card fraud?

Two Subscriptions to a Daily Newspaper

From the same XO Jane article (okay, it’s a debit card but close enough); the lady found heaps of gaming charges for Facebook game credits and other gaming related purchases but most perplexing to us was the subscription, and two at that, to a Jacksonville daily newspaper. Not only was the thief super interested in Jacksonville news; they wanted to share it with a friend? We really don’t know!

A Donation to the American Cancer Society

From the same Reddit feed, a user found his card used for a donation to the American Cancer Society. Bless! A thief with a conscience only towards cancer patients? On the other hand; the strange moral compass is baffling: a heart to make a donation but none from the person who’s credit card you stole? Some kind of warped Robin Hood?

Dubbed Scotland’s dumbest criminal for his ridiculous rap sheet; David McGregor apparently also stole a woman’s credit card and attempted to buy 400 cigarettes with it. The clerk at the store was alerted by the fact that the credit card bore a woman’s name! It turned out, Mr McGregor didn’t even have the ‘decency’ to cross-dress to get away with his crime. Is it any wonder he scored the dumbest criminal title?

Of course, no list on weird theft is complete without the extremely dodgy purchase. A final nugget of user story gold from the stolen credit card Reddit List is also the funniest. A man had his eBay account hacked and his credit card used to purchase an item online. Not only was the saucy sex toy bought with his credit card; it was also sent to his home due to Paypal and eBay’s registered address requirement (they send items only to the registered address of the user).

Considering that the item was made for a woman – it did raise the question of whether the user’s female relatives or friends were somehow involved in the questionable order!

Sometimes, having your credit card stolen isn’t just a nightmare – it’s downright odd or embarrassing! If you’re alerted to the fact that your little plastic friend may have gone astray – check out our guide on what to do when your credit card is stolen. Avoid the added costs and the weirdness above!