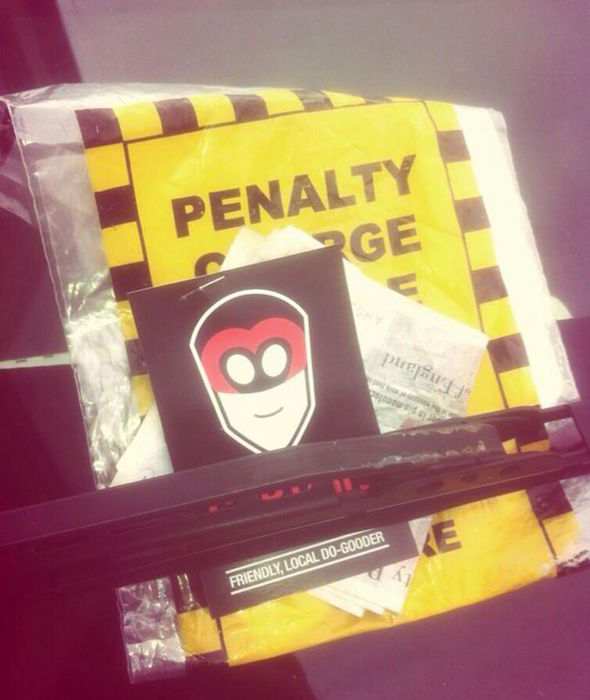 There’s a real life superhero roaming the
streets of Manchester, and his super power is using his money to pay random parking fines ( leaving a calling card at
the scene, so you’ll know it’s him)!

And when he’s not doing that, he’s doing all the other superhero stuff: helping ladies carry
their shopping, moving furniture, handing out umbrellas when it’s
raining to shoppers and just being an all-round good guy.

Called Captain Manchester, he wears a
homemade black and red outfit with a mask and aims to do as much good as
possible to those around him. He had lost his job a few months ago, so he made
the decision to do something to fill the time while he looked for a new job.

According to the caped crusader, “I’ve always been a fan of comics so I thought it would
be a nice idea to help a few people out while I have time on my hands.” It seems the Captain has some super supply of money too despite being unemployed.

We’d definitely like a Captain KL/PJ. Especially around our office in Redberry City. Especially.