One afternoon, I was at a petrol station fueling up when a homeless man asked me for money. I gave him RM5, but he said needed more because a RM5 wasn’t enough to buy a meal at Old Town Kopitiam. I was baffled by his demand (and seemingly specific eatery of choice) but I gave him the RM5 anyway because it was all I had extra after paying for my fuel. I figured if he asked around a bit more; he could rack up the amount for his Old Town wishes or just eat a mamak like I had a few minutes earlier.

As I was driving away, I realised I was annoyed at the indignance of the man asking me for more when I already gave him money but more than that; I realised his situation seemed oddly similar in concept to many of us – and it is this line of thinking that keeps us from saving.

If you’re wondering how are we similar, chew on this: Have you ever found that your budget didn’t work out as planned and you couldn’t save up each month? How often have you paid more for a luxury item or restaurant when a cheaper one would have sufficed? Our free-spending habits stop us from giving up our wants and comforts rather than settling for our basic needs. As a result, you’d either run out of money before your next paycheque and have to deal with loads of debt to pay off later. 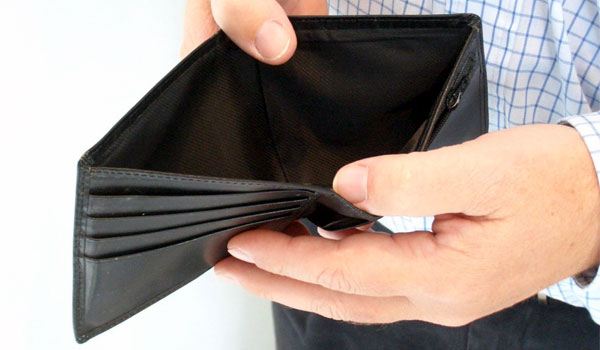 Looking at your bank account, you may think there’s no room to go about spending better but there just might be but like the man at the petrol station – you aren’t willing to trade the Old Town Kopitiam experience for something lesser (ok, Old Town isn’t exactly the epitome of luxury spending, but you get the idea!). While we aren’t telling to deprive yourself from finer things in life, cutting back on some of the guilty pleasures could actually save you heaps- be it treating yourself to designer coffee; or monthly shopping spree.

Here are three ways you could stop tripping yourself over each month:

We are all guilty of indulgence in one area of our lives or another but sabotaging your account each month will not only leave you high and dry; you’re essentially paving your way to financial doom. Keep bad spending at bay and kickstart a better financial year this 2015 by simply changing the way you look at your money.