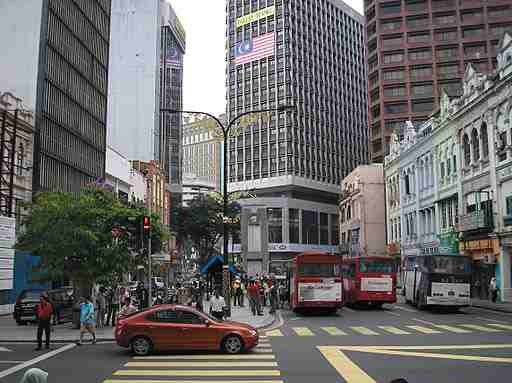 Brace yourself, Malaysians: the coming years are going to be tougher than ever.

If you thought it was bad that the price of everything is steadily increasing; that property was all but out of reach and hardly any of us has enough money for a proper retirement; think again. If the news reports are anything to go by, what the new budgets and policies planned will do is ensure the final nail is driven into the coffin of the average KL-ite’s spending power.

In reports across every newspaper, Treasury secretary-general Tan Sri Dr Mohd Irwan Serigar Abdullah said what we all feared but knew to be coming: the Goods and Services Tax is no longer an option: it WILL be implemented. It is now only a matter of time.

“GST is a must; it’s not an option already. We are trying our
very best to include it in this year’s budget, maybe if everybody agrees. “If
the government announces, it will take about 14 months to implement,” he said. “If
they announce this year, then it would come on line in 2015,” he added.

The move is said to be done to deal with the nation’s fiscal deficit that has reached RM14.9 billion. The GST will give the country another source of income besides Petronas.

In the same breath; it was also announced that subsidies are set to be completely removed albeit via a gradual stage process. Through the same bearer of bad news, Treasury Secretary-General Tan Sri Mohd Irwan Serigar Abdullah tried to ‘soften’ the blow by enveloping it in pretty prose, describing the removal of subsidies as “a gradual sort of liberalisation towards the market”.

He went on to say that the subsidies benefitted those who didn’t really deserve it: namely the owners of multiple vehicles. The money saved from the subsidies could be channelled towards the Bantuan Rakyat 1 Malaysia (BR1M) cash handouts to the more deserving.

So in between the privileged class and their multiple vehicles; and the ‘more deserving’ urban poor who qualify for the BR1M handout will lie the already struggling, ever-growing middle class who will remain on constant brink of financial abyss: paying more for unsubsidised goods and GST yet not benefitting from any cash assistance.

The storm is coming. And we can’t afford raincoats.

At last, there is a glimmer of hope. The government announced the GST rate of 6% will be reduced to zero percent, with effect on June 1, 2018.