The Unifi Mobile “Jasa Pack” promotion is now made available for the civil servants in Federal Government Offices until 30 June. 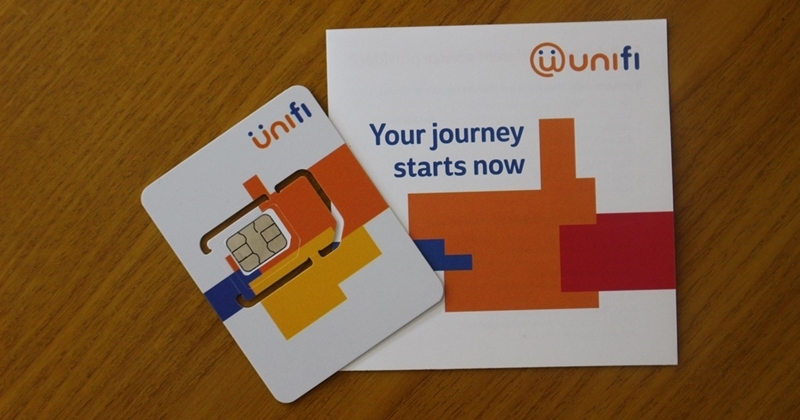 Telekom Malaysia (TM) has announced that its Unifi Mobile “Jasa Pack” promotion has been extended to 30 June. In addition, the mobile plan is now available for the staff of all 25 Federal Government Agencies, including the Prime Minister’s Department, the Ministry of Youth and Sports, and the Ministry of Health.

The Unifi Mobile “Jasa Pack” package is available at a discounted rate of only RM59/month, 40% less from the original RM99/month (excluding 6% SST) subscription price. The plan itself offers unlimited data, voice calls, and SMS with no contract. A 10GB LTE hotspot pass is also included in the plan – with additional passes of 1GB available at RM15 and 500MB at RM8. 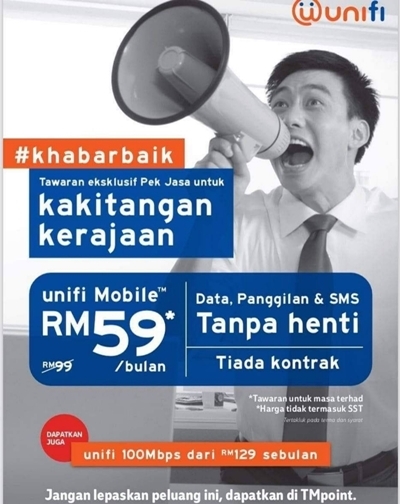 The plan was initially launched for the teachers and staff under Ministry of Education (MOE), registered members of the National Union of Teaching Services (NUTP), the Malaysian Armed Forces, the Veterans of the Armed Forces Malaysia, and the Royal Malaysian Police (PDRM) as a form of appreciation for their contributions to the country.

On top of the extension, TM has also removed the requirement where customers must be an existing Unifi or Streamyx subscriber to be eligible for the plan, which means that new customers can now just directly apply for it. An upfront payment of RM100 is applicable but will offset the first bill.

Interested civil servants may walk in to all TMpoints nationwide with their MyKad and staff ID stating their permanent status.

Everything You Need to Know About Fixed Deposits

Read More
Celcom is giving away 100,000 free phones for customers who sign up for selected mobile plans, as part of its new promotion.
SSponsored

Read More
Suffering with slow Internet speeds at home? Find out what exactly are the factors that affect your WiFi speed and what can you do to address them.
IInternet

Read More
TM is offering its customers same day installation when they register for a Unifi or pre-Unifi home plan.
TTelco

Read More
Digi has revised its postpaid plans to provide customers with easier access to their mobile data.