Huawei has announced the arrival of its latest flagship smartphone model, the P50 Pro, and a new foldable P50 Pocket, in Malaysia. Along with this, the tech company also revealed that consumers can already begin to pre-order the P50 Pro from today until 21 January 2022, while pre-orders for the P50 Pocket will take place between 22 January to 13 February – both of which will be rewarded with freebies worth more than RM2,000.

Meanwhile, the Huawei P50 Pocket is a flip-style foldable phone that is also powered by the Snapdragon 888 4G chip, offering two displays. Its main display is a 6.9-inch OLED screen with a resolution of 27790×1188, whereas the secondary display is a circular 1.04-inch OLED cover screen. Camera-wise, it comes with a rear camera combo of a 40MP true-chroma camera, a 13MP ultra-wide-angle camera, a 32MP ultra spectrum camera – while inside is a 10.7MP selfie camera.

With regard to pricing, both the Huawei P50 Pro and P50 Pocket are going at the following retail prices:

If you’d like to get the P50 Pro ahead of the market, you can pre-order now on the official Huawei eStore, Huawei Experience Stores nationwide, as well as its official online stores on Shopee and Lazada. It is also possible to do so via authorised retailers, such as DirectD and Senheng. Come 22 January, you can pre-order the P50 Pocket via these similar avenues as well.

To further sweeten the deal, Huawei is rewarding early birds with some pretty worthwhile perks as well. Those who pre-order the Huawei P50 Pro will enjoy freebies worth up to RM2,100, whereas those who get the P50 Pocket in advance will receive freebies of up to RM2,700 – as detailed below:

If you do pre-order the Huawei P50 Pro between now to 21 January, you can look forward to the phones being shipped out on 22 January onwards. 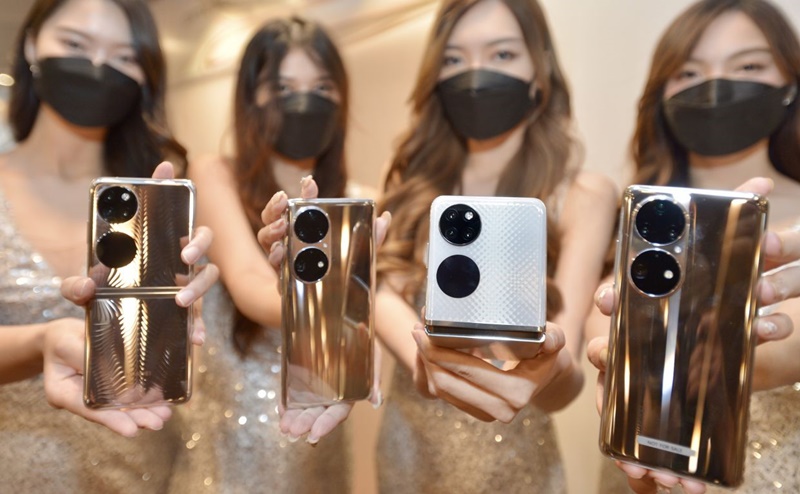