A Beginner’s Guide to Islamic Banking

Why does Islamic banking even exist? What are their specific features and who benefits from their particular way of functioning? Here’s a quick and clean summary for the uninitiated.

Different banks offer different services but they all function from the same basic principles. They keep your money safe, then use that money to lend out to other people or invest it to make more money. However, Islamic banks work a little bit differently.

They have their own set of fundamentals they stick to and manage money differently than conventional banks. A common misconception exists that Islamic banking products are only available to Muslims but that’s not true. Non-Muslims are perfectly welcome to apply as well.

But if there are more things you didn’t know about Islamic banking (like literally everything beyond what it’s called); here’s a quick guide to get you started.

It’s Like Regular Banking But Without Interest Rates, Right?

Well, yes. But there’s more to it than that. You’re getting a little ahead of yourself there. Before we get to the features of Islamic banking, let’s talk about why Islamic banking is even a thing that exists in the first place. 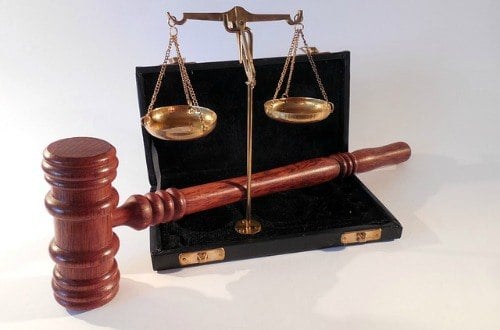 Correct. Syariah law of course is the basic Islamic legal system derived from the Quran and recorded sayings or actions of Muhammad. It spans all manner of detail in a Muslim’s life, including the matter of finance. While Syariah law does not specifically dictate that special banks be formed for the purposes of a Muslim’s finances, it is however explicit in its stance against several things that regular banks typically allow.

The major concerns are:

Riba’: Interest-based transactions like any borrowing or lending where interest is incurred. Syariah law claims that any form of interest is unlawful gains.

Halal Investing: Syariah law is against banks contributing their business to activities that run counter to Islamic values like non-halal meats, gambling, pornography, alcohol and prostitution.

Islamic banking aims to address these concerns by providing financial products and services that a bank would, but by still adhering to Syariah law. Therefore, Islamic banks would aspire to only do business with Syariah compliant industries, never engage in speculative trading, use its funds for social good, conduct its businesses with transparency and never handle trade that involves interest.

If Banks Charge No Interest Rate, How Do They Make Money?

While Islamic banking as a service would not put ‘being profitable’ as its main objective, it still needs an income to keep itself running. To achieve this without incurring interest, Islamic banking treats its customers as business partners instead of lenders.

For example, in the case of a home loan, the bank would buy the property outright and sell it at a predetermined rate of profit to the borrower, where they can pay in instalments. This profit rate is also what you typically see in place of interest rates when shopping around for a Syariah compliant personal loan.

By fixing the profit rate early on in the loan application, it removes the uncertainty of variable interest as well as keeping everything transparent. For other types of loans, the bank may also elect to purchase other forms of assets. The rate of profit is what the bank makes money on.

So What Would Make Islamic Banking Attractive to Potential Customers?

Returns on Islamic bank accounts are based on investment income rather than on interest payments, rejecting much of the complex financial engineering used by conventional banks. This underscores the moral foundations of their business, which can be important for some people. In addition, the transparent nature of their dealings is supposed to make everything clear cut and easy to understand with little room for surprise payments or hidden fees.

By not doing business with industries that are against Islam, it’s also a way to withdraw support from morally dubious enterprises like gambling, prostitution, and pornography. Don’t worry, you can still use the funds in your Islamic bank accounts however you want. But rest assured that you won’t be indirectly contributing to anything you morally object to.

You Can Mix and Match

While Islamic banks do offer the above benefits and more, they are also lacking in one area: making money. Syariah law sees banks as a service primarily for public good with little emphasis on generating profit for itself. So if you like the idea of a fixed profit rate for your loans but prefer more diverse financial investment products, you can open accounts in both types of banks to maximise your earnings while minimising your expenses.

As you can see, Islamic banking isn’t that hard to wrap your head around and can be a worthwhile thing to look into, even if you’re not a Muslim. Bank Negara Malaysia has a list of all the Islamic banks in the country if you’re keen to study up right now.

Don’t be intimidated by the fancy Arabic terms either, because they all typically point to the same core principles we’ve mentioned above. But if you do want to know the difference between a Musyarakah and Murabaha loan, you can check out our explainer article on Islamic banking terms.

Do you have anything else you want to know regarding Islamic banking? Drop a comment down below and let us know!

How to Survive a Shopping Ban

Hit Your Fitness Goals Without Hurting Your Finances

Read More
SME Bank revealed that it has approved 940 applications under the Special Relief Facility (SRF), which was introduced…
BBanking

Read More
There's more than just monetary benefits when you apply for a small business loan. Read on to find out how it can improve your business prospects.
BBanking

Read More
If this question has kept you up at night, it’s time to find out the reasons behind expiry dates on your bank payment cards.
BBank News