Banking
Featured
What Can You Do With Damaged Ringgit Malaysia Banknotes? 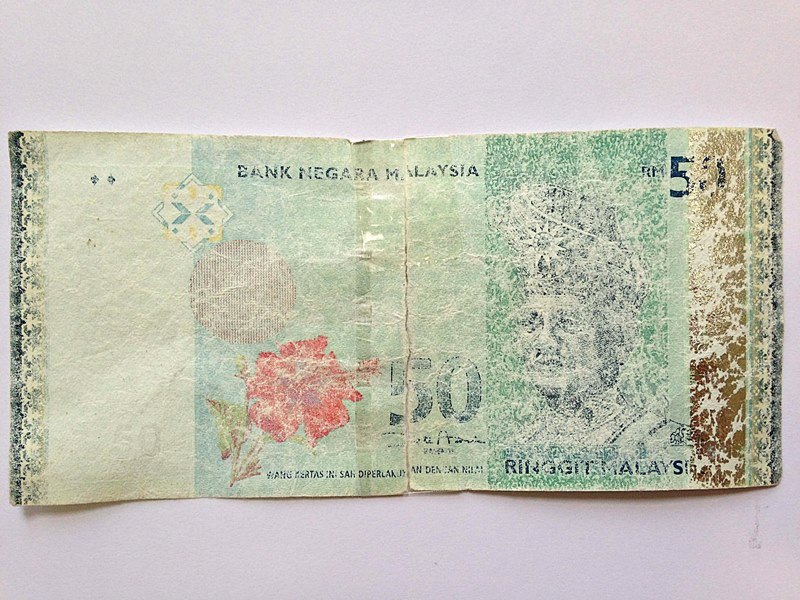 Most of us have received a torn or patched-up banknote before at some point. Usually, this occurrence is marked with some annoyance. Vendors like to avoid accepting damaged money whereas automated machines nearly always reject them, so you might assume that you will be stuck with it until you can pass it on to some other unsuspecting victim. However, did you know that if you have Ringgit Malaysia that is torn, dirty, or damaged, you can actually exchange it at Bank Negara Malaysia (BNM) for free?

BNM has a policy that allows you to exchange banknotes and coins that are deemed “unfit for circulation”. Depending on the amount of damage incurred to your legal tender, BNM will even give you the equivalent amount of money’s worth in return. This policy has been around for a while, although it was recently highlighted in The Malay Mail. 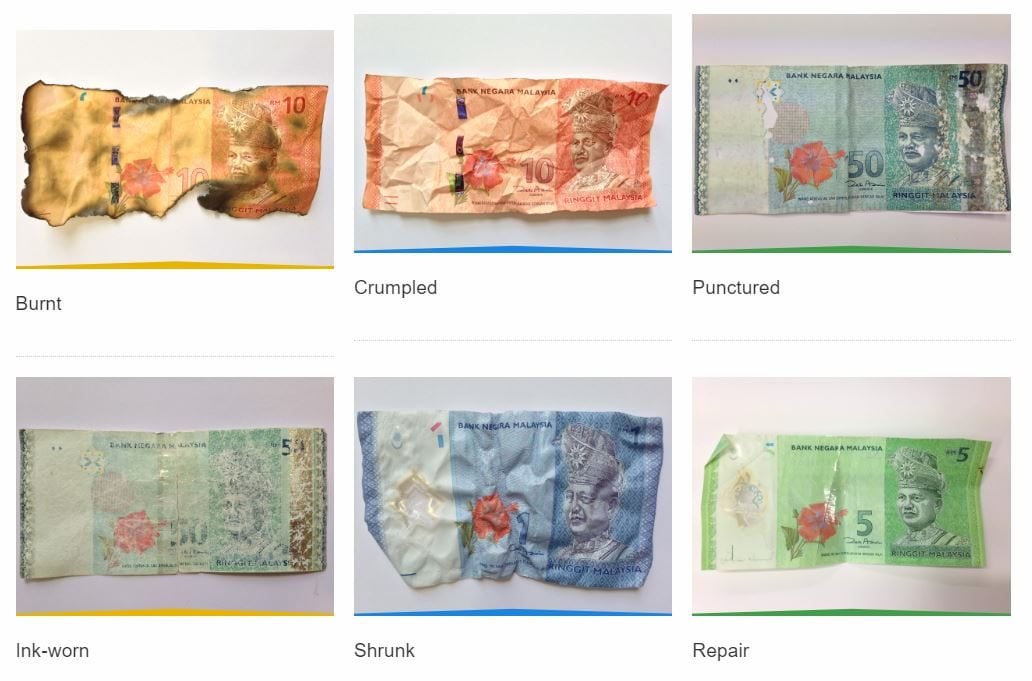 You can exchange Malaysian banknotes that have been torn, cellophane taped together, burnt or infested by termites, crumpled, punctured, ink-worn, defaced, or shrunk. The policy isn’t limited to just notes, as coins that have been corroded, dented, cut, or stained can also be brought in. However, for obvious reasons, counterfeit money will not be given any value in exchange.

Generally, BNM will determine the exchange value of the unfit banknotes based on two factors: the size of the damaged banknote and the level of defacement inflicted. When it comes to size, BNM adheres to the following guidelines: 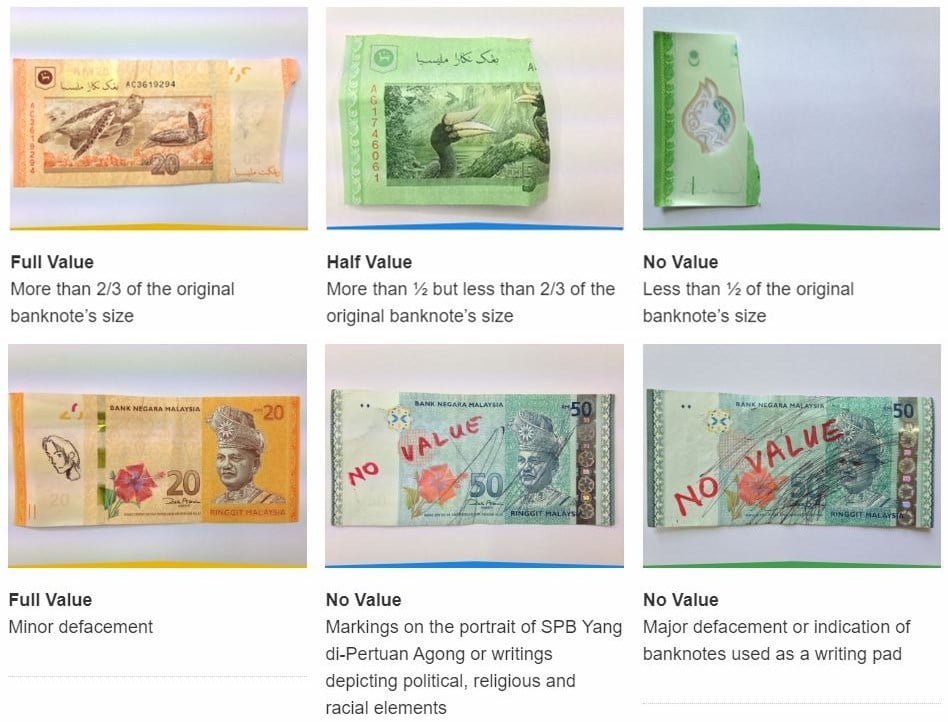 For defaced banknotes, full value will only be given to banknotes with minor defacing. If there is a “significant” level of defacing, such as markings on the portrait of the Yang di-Pertuan Agong or a substantial amount of writing on the note, no value will be given in exchange. As for coins, face value will be given if the design is recognisable and any mutilation or defacement is caused by accident or abrasion.

Besides Bank Negara Malaysia branches, you can also exchange unfit currency at your usual bank if you find it more convenient. Although most commercial banks do provide this service free of charge, some banks may charge a fee for it, so make sure to enquire beforehand.

You can find out more by referring to the Bank Negara Malaysia official guidelines on the Quality Standards for Malaysian Currency.

Great news. They should tell Malaysian people this. A store gave me a 20 ringgit banknote that was taped together, and suddenly no one will take it. No reason for them to refuse it. It’s still legal tender.

It is very annoying when they could give me taped note but I can’t give them back. In a kopi tiam, a indonesian girl change a dirty RM1 note. The next day she dare to reject that RM1 note she gave me yesterday. I ended up give her RM100 and force her to look for change for a RM2 tea as a punishment.