Get the latest content and deals
Home Banking Gold Investments in Malaysia: Is it Worth the Price?
BBanking

Gold Investments in Malaysia: Is it Worth the Price?

Not sure if gold is something you should be investing in? Here’s a brief primer on how to get started and what to watch out for!

Gold is a commodity that holds a universal value throughout the globe and has been used as a trading commodity throughout the ages. The rare mineral is always recognised as a high valued form of currency and that is why many people look towards gold, in hopes of growing their existing wealth.

Unfortunately, there have been scams in Malaysia that saw individual investors putting in as much as RM200,000 for non-existent gold. The report also stated that investors in the Klang Valley alone had lost RM340 million to these scams.

It is not surprising why some investors are sceptical about investing in gold, unless there is a physical form factor that they can keep. However, having a gold bar at home can be risky in the case of theft. With scams and the danger of having physical gold in mind, would gold still be a good investment? 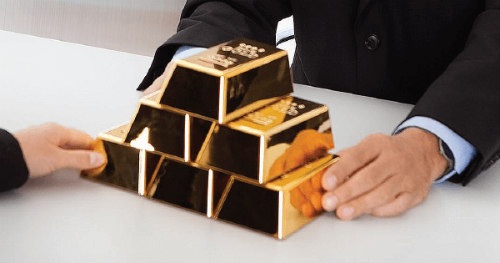 Where Do I Get it?

For a seasoned player who would like to diversify their portfolio, there is always the option of purchasing gold via our banking systems. Banks like CIMB Bank, Public Bank, UOB, Maybank, Kuwait Finance House all offer a gold investment account.

These investment accounts allow you to purchase and sell gold at the bank’s set price without having any gold in its physical form factor. With most of these accounts, you can get started with as little as owning a single gram of gold.

According to the financial eggheads over at the balance, gold is not just a commodity for safe haven, it is also a direct investment. It does not churn out any dividends or interest. It is directly related to the world market prices which co-relates to supply and demand. That also means you are affected by global economic issues and not just local ones.

That is why it is good to have it in its non-physical form. You can purchase gold via gold deposit accounts and sell it immediately unlike physical gold that takes far more time.

Be that as it may, gold related investments via banks are not protected by Perbadanan Insurans Deposit Malaysia (PIDM). That means, if the bank goes bankrupt for whatever reason, you can kiss your investments goodbye.

Is Gold Better Than Cash?

In some ways, yes. Late last year, India made a drastic change to demonetise two of its largest banknotes in order to reduce corruption. The entire population was in a state of frenzy and in order to maintain a monetary value of their savings, they swarmed jewellers and spent the currency that was soon to be devalued.

During such uncertain times, people turned to gold as a safe haven in order to maintain the value of their money. When a government chooses to demonetise a currency, gold would still hold its value even though it may not be the easiest commodity to use in case you need to buy a loaf of bread and some milk. However, the majority of the time when we still use regular paper currency, cash is still king. 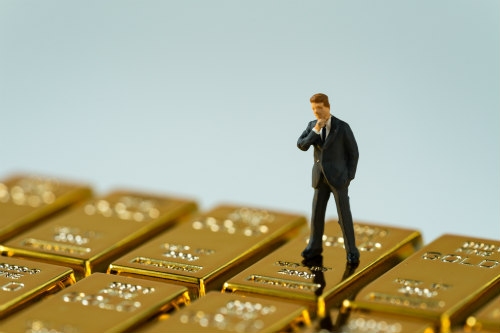 So Should I Buy Gold?

As we’ve mentioned, gold as an investment asset is great to have during times of economic uncertainty and it’s a relatively stable store of value to boot. So if you buy gold, make sure that it’s for those reasons.

But if putting your money in something that is not protected by PIDM is not going to allow you to sleep at night, then it is going to be a horrible investment for you. Don’t put your health at risk thinking about your investments. If you’re just getting started with investing, you could opt for something safer like fixed deposits instead. Dive into our fixed deposit page and discover which one is paying out the highest interest and begin growing your money.

Do you have anything to add to this article? Share your thoughts and ideas with us in the comments section down below!

These New Flight Routes Take You to 4 Unique Asian Destinations Under RM1000!

Read More
Many confuse facts around conventional and Islamic banking. We've laid them out along with advantages and disadvantages for your future banking convenience.
PPersonal Finance News

Read More
At 6.15% and 5.9% for Syariah savings, the EPF dividend rates for 2018 have "surpassed expectations".
BBanking

Read More
Ever wonder what's the difference between a Conventional and Islamic fixed deposit? Well look no further because in this article, we'll be exploring the differences between the two.
BBanking Technology

Read More
Online banking is something we all do, but we think you'll be missing out if you don't do your banking via mobile banking apps, too. Why? Read on to find out!