Everyone loves the thought of having a lot of money; or at the very least, having the financial freedom to give up working 9-5 to pursue their passions. Whilst we dream; these few already have it all. But why have they been able to make it big and the rest of us struggle?

We sought to find out the ultimate money lessons the world’s rich and elite impart to see if they really know something we don’t. Could these nuggets of wisdom be the missing link to monetary success for everyone? You be the judge.

Warren Buffett is one of the world’s most renowned investment gurus with a fortune of about $71.5 billion to his name. He started investing at the age of 11 when he purchased six shares of Cities Service.

So what advice does Mr Buffett have for mere mortals like us? Some of his famous quotes are:

*On Earning:* “Never depend on single income. Make investments to create a second source.”

*On Spending:* “If you buy things you do no need, soon you will have to sell things you need.”

All 3 of the advice above come from readily established money-saving best practices: the creation of multiple sources of income, only spending on things you need and to make savings your priority.

But can you really make millions by adhering to these 3 simple steps? It seems a little far-fetched but doing the above anyway certainly doesn’t hurt!

Although, he is a dropout; Bill Gates’ love for tech saw him create life-changing computer software and systems. According to some reports, when he was just 17 years old when he sold his first computer programme (a scheduling software) to his high school at the price tag of $4,200. Here is Bill Gates’ favourite money quote:

Bill Gates isn’t saying much. But you can’t argue with the fact that hard work is integral to success – and is completely up to you. You can only blame others (your parents, your teachers, etc) for your financial circumstances for so long!

The founder of Virgin Group and owner of more than 400 companies; Sir Richard Branson is no stranger to limelight. According to Forbes, his net worth in 2015 stands at $4.8 billion, making him not only famous but comfortably well-off too.

Born with dyslexia, which made school particularly hard, it was no wonder he dropped out at the age of 16. This was integral to the the start of his business career and the foundation of Virgin Records. His advice is no surprise:

“Don’t feel ashamed of your failure. Learn from it and start again.”

Getting up and trying again often means the difference between being a failure and finally succeeding. We can’t argue with this truism either!

Listed as one of the richest men in Malaysia with a total fortune of $2.8 billion, he is well-known both locally as well as overseas.

He has a lot of influence in wide variety of businesses including transportation and logistics; real state development; military; and power generation and engineering. But what’s his advice to billionaire wannabes?

“Education does not guarantee success in life, its hard work.”

Yup, sounds about right to us.

So, What is the Moral of All These Stories? 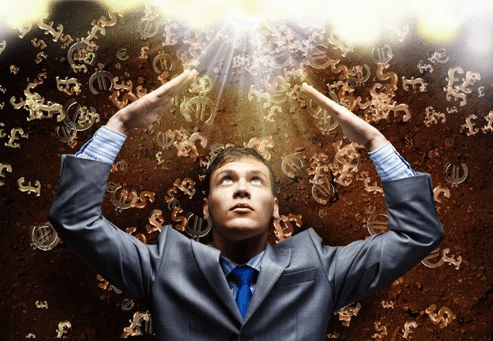 We’re sorry to break this to you folks, but right out of the mouths of the money-makers themselves, there seems to be no quick-fix magic pill one can take to get rich quick. In fact, every one of these business magnates and all round rich-ies seem to say exactly what personal finance sites have been telling you all along:

If you’ve tried all of these and have yet to make the Forbes rich list then perhaps the one thing these guys forgot to mention – was a good helping of intelligence and good luck! That said, it doesn’t hurt to keep trying the above!

Net worth quoted above is based on Forbes’ Real-Time Net Worth as at 3.8.2015 and is subject to change.