Whoever thought one could make money out of being grumpy. Or even more so… a grumpy cat. Heck, not even a really grumpy one; just one that looks grumpy.

And yet, that meme superstar Grumpy Cat, or Tardar Sauce as she is known by her owner, is raking in the moolah off merchandising, and now endorsement deals as the official ‘spokescat‘ for Friskies cat food. 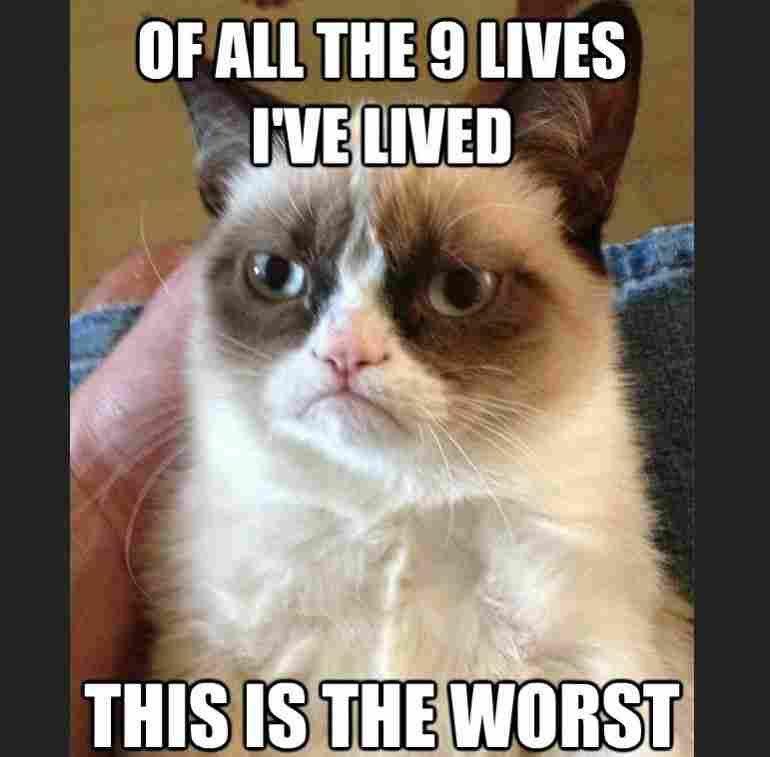 If it wasn’t bad enough that a cat was raking in such big bucks (the owners, the Bundesens refuse to divulge the figure but their agent reckons it’s a cool 6 figures) on a bad cat-titude; it appears, she isn’t really even grumpy. She just has a grumpy face. Tardar Sauce is the ‘victim’ of feline dwarfism which makes her expression permanently cranky.

If only the laws of fame applied to humans as well: All we need is a picture of ourselves on a Monday.