Apple has unveiled several new products during its first product launch event of 2021 yesterday, including a new iMac, an upgraded iPad Pro with a new chip, as well as the long-rumoured AirTag – among others. Here are some key highlights from the “Spring Loaded” event that you can look out for over the next few months.

The new iMac – which features a slimmer body design compared to its predecessors, with a thickness of just 11.5mm – will be powered by the high-performing M1 processor, and it comes with a 24-inch 4.5K Retina display. On top of that, it is also fitted with various other top-quality parts from Apple, such as a 1080p FaceTime HD camera, a sound system with six speakers and spatial audio support for Dolby Atmos videos, as well as a new Magic Keyboard with Touch ID sensor.

You can look forward to these new iMacs in a range of seven different colours: green, yellow, orange, pink, purple, blue, and the usual silver. Apple has also revealed the prices for these desktops with different specs:

You can also upgrade the machines with up to 16GB of unified memory, as well as up to 1TB or 2TB SSD. This will, however, depend on the specific variant.

Apple has also equipped the upgraded iPad Pro with its M1 chip, thereby vastly expanding its functions to rival those of desktop systems. Additionally, it boasts a new 12MP wide angle front-facing camera, along with a function called Centre Stage. This pairing will allow you to capture images with a wider scope, and also enables the iPod Pro to automatically adjust the scope according to certain stimuli – such as panning in your direction if it detects you moving out of the camera frame.

Aside from that, there are additional upgrades provided, such as Thunderbolt support for the USB-C port, including a 5G variant, as well as a battery with a longer lifespan. The iPad Pro comes in two sizes – 11 inch and 12.9 inch – with five storage capacities. They are priced as such:

Note that you’ll need to top up an extra RM650 if you wish to get the 5G variant of the new iPad Pro.

Along with the upgraded iMac and iPad Pro, Apple also finally revealed the AirTag – a product which has been hinted at for some time. Essentially a tracking accessory, it is to be paired with the tech giant’s Find My feature, and can help users to locate missing devices through the app using Ultra-Wideband (UWB), Bluetooth, and NFC technology.

Apple said that the AirTag – which is powered by the Apple U1 chip – has a battery with a lifespan of more than one year (with daily use), along with various other security features. For instance, individuals who find a lost AirTag will be able to contact the owner using contact details provided to them via website (provided the owner enables their contact details for this purpose). Additionally, the Bluetooth signal identifiers on the AirTag are also designed to function in a way that the tracking gadget avoids unwanted location tracking.

According to Apple, the AirTag will be priced at RM149. 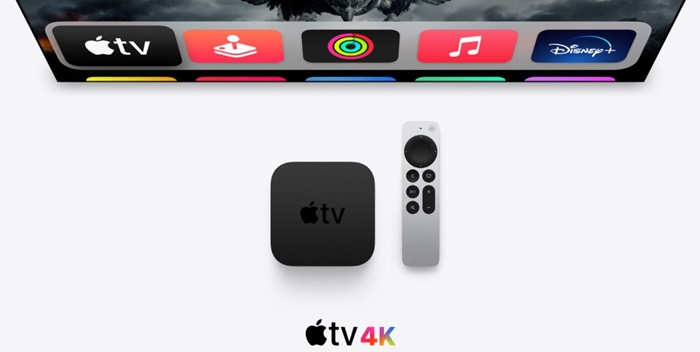 Apple is also rolling out a new Apple TV 4K, which boasts an interesting feature called Colour Balance – allowing you to calibrate the colour of your TV using an iPhone. In addition to that, there is also a new Apple TV Remote that is minimalist in design with its few buttons. Most of the remote’s functions can be accessed using a circular clickpad, which you need to press on or swipe at to do so.

The Apple TV 4K is available with two storage capacities: 32GB and 64GB, priced at RM849 and RM949, respectively. The Apple TV Remote is also available as a standalone product, which you can get at RM229. Additionally, there is the option to get the existing Apple TV HD with the new remote for RM719.

Aside from the above new products, Apple also announced a few other updates during the launch, including an upcoming purple iPhone 12 and iPhone 12 mini and podcast subscriptions. Do also note that although the local pricing for the above new products have been revealed, Apple has yet to share an official release date for them as of yet. We expect these to be announced soon.