Apple iPhone 6 In Malaysia – The Rumours So Far

The Apple iPhone 6 is coming our way – Will it be bigger, better, and much more expensive than before? We’ve got the rumour roundup to excite your inner Apple fan boys and girls!

Apple is keeping mum about the latest iPhone announcement and release date, but the tech world is buzzing about the upcoming craze that is the Apple iPhone 6. There are plenty of rumours and so-called genuine photos of the next generation iPhone available online (you just have to search “iPhone 6” on Google to see them all), but which is real, and which isn’t?

So, while we wait for Apple to issue a formal announcement date (and more info!), let’s take a look at some of these rumours that’s been gathering online about the iPhone 6 so far!

Apple iPhone 6 at a Glance 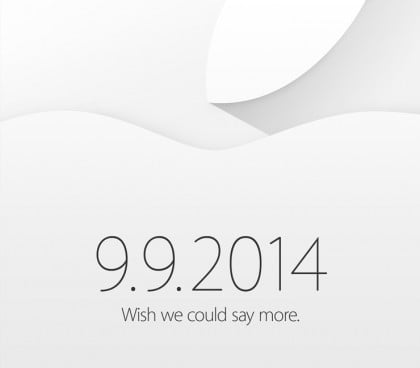 We don’t know for sure what it will look like, but a slew of leaked photos, designer mock-ups, and analyst speculations paint a prospective picture. Let’s uncover them one by one, shall we?

Apple has set up a mystery event on the 9th of September, and the tech word believes this to be the unveiling of the mysterious Apple iPhone 6. If we were to dig up the past, the iPhone 5 and 5S were also revealed in the month of September 2012 and 2013 respectively, which further strengthens the theory. If Apple follows a similar pattern as the release of these two smartphones, then Malaysians can expect to get their hands on the latest model some time in December 2014.

But wait, there’s more – there are rumours swirling around the net that Apple might also unveil their first ever wearable device, which the industry is currently calling the ‘iWatch’, during this mysterious event.

Compared to the once trendy flip-phones (Moto Razr!), the “huge” 3.5 inch display on the first ever iPhone model was revolutionary. But it wasn’t long before phablets like the Galaxy Note 2 entered the market, making the iPhone screen display seem puny in comparison. You could almost feel that apple felt the same way; when the iPhone 5 was released in 2012, the screen grew by 0.5 of an inch.

Perhaps the biggest rumour about Apple’s next iPhone is the screen size, which is expected to increase significantly. Last year, there were two Apple iPhone models and many predicted that Apple would repeat the pattern for their latest gadget. If this is true, fanboys and girls will be looking at a larger 5.5 inch model (the biggest iPhone so far) along with a 4.7 inch model.

An image of the alleged Apple iPhone 6 (right), as posted in macrumors.com

With these expectations, tech enthusiasts can’t help but wonder about how a larger iPhone 6 would size up against notable smartphones like Samsung Galaxy 5 and Google Nexus 5.

A safe bet is the appearance of TouchID, a fingerprint sensor similar to the one planted on the iPhone 5S. Another much talked about aspect is the sapphire crystal display – which is supposed to make the screen almost scratch proof for at least one of the models as well as the iWatch. Sapphire crystal is used in high-end watches and camera lenses already. To give you an idea of just how durable the sapphire screen actually is, Maques Brownlee puts; what he claims to be an actual iPhone 6 screen from the assembly line; to the ultimate test.

One thing that we do know is that the new iPhone will definitely run on iOS 8.

Based on Forbes’ predictions, both of the potential iPhone 6 models are expected to sport a unibody metal chassis – most likely aluminium. If the sapphire display rumours are true, the new iPhones could be some of the toughest smartphones ever made; a factor that could turn even the most hardcore Android user into an Apple fanboy.

With the rumours of a bigger screen and size, Apple lovers are hoping for a higher megapixel on the camera – and they might get it, plus more, since iOS 8 gives a lot more control over camera elements like shutter speed and focus.

With all of the significant changes above, how much would we have to pay in Malaysian Ringgit for this sought after Apple machine? For now, the price for the iPhone 6 remains unclear, but it should be at a similar range with iPhone 5S, from RM2,399 to RM3,149.00. Fingers crossed!

Where can I get one now?

Hold on there, eager beavers! There will be plenty of online sellers claiming that they have the genuine iPhone 6 for sale, but considering that we don’t even know what it looks like, it’s best to wait for the official release. Telcos in Malaysia will surely have a bundle plan ready for the Apple iPhone 6, so stay tuned while we churn out more information for you!

Read More
Ever considered earning side income from the Malaysian wedding circuit? Some thrive off of it full-time. We reveal how you can get a slice of the cake too!
PPersonal Finance News

Read More
Love 'em or hate 'em you can't ignore the fact that credit cards are just about the handiest tool the bank gives you to handle your money - but how do you keep your spending in control and your costs down?
IInsurance

Read More
The chief executive officer of the Life Insurance Association of Malaysia (LIAM), Mark O’Dell has noted that medical…