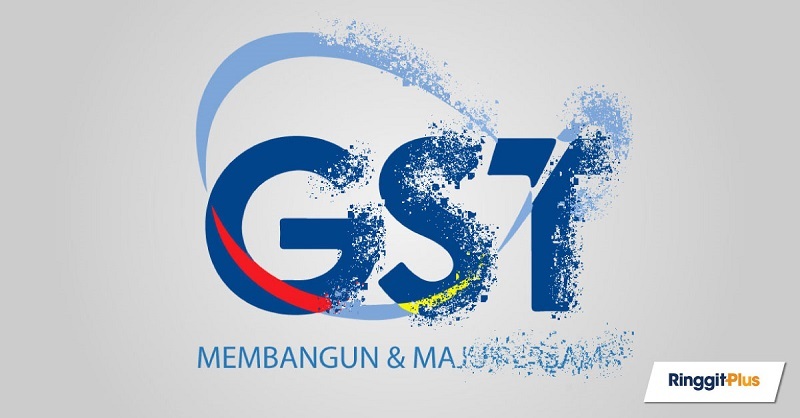 Yesterday, Finance Minister Lim Guan Eng confirmed the rates for the Services and Sales Tax (SST) which will officially go into effect from 1 September 2018, pending the necessary passing in Parliament. Because the announcement was made during his keynote speech at the National Tax Conference, it left most Malaysians with more questions than answers.

The keynote speech provides plenty of facts that goes beyond the new rates for SST, which is set at 10% for sales and 6% for services. Here’s a closer look at what Guan Eng did – and did not – mention during the speech. 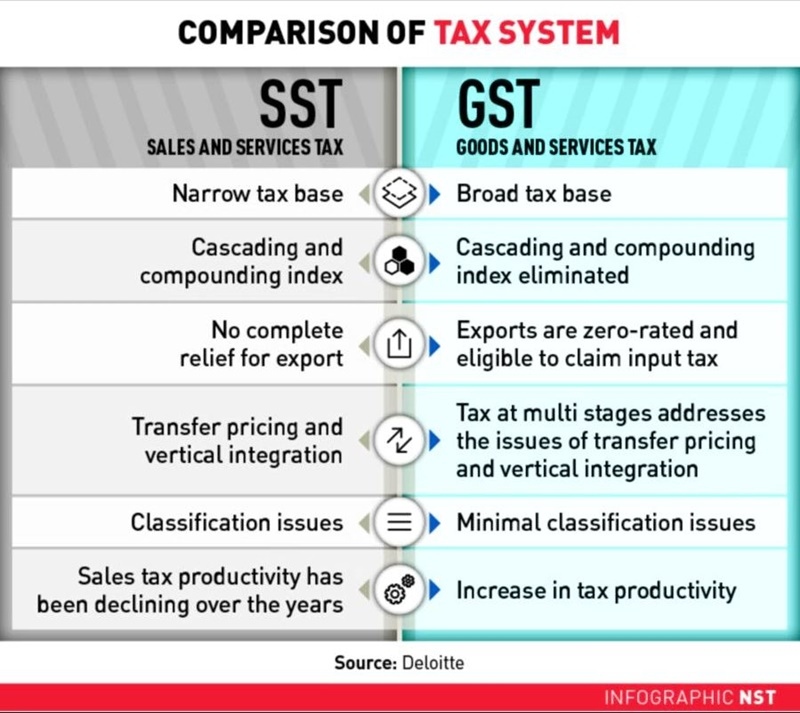 The 6% and 10% rates may sound foreign to some – especially now that it is in greater focus – but this is the exact same rate that the government had been using before it moved to the Goods and Services Tax (GST) in 2015. In fact, the SST has been around since the 1970s, where the rate was originally set at 5% before being amended to 6% – which has stayed ever since.

The government has been at pains to address this fact since it went into power.

SST Revenue Will Be Significantly Less Than GST Revenue

Since its inception, the GST collection amount has consistently increased. In 2015, GST collections stood at RM27 billion, while the following two years brought in RM41.2 billion and RM44 billion respectively. At the World Customs Day celebration in January this year, then Prime Minister Datuk Seri Najib Razak claimed that GST collections may have even hit RM45 billion for 2017. Najib commented that the high amount was useful for income redistribution.

In contrast, SST revenue is startlingly lower. According to the Economic Report 2017/2018 released in October 2017, SST contributions for 2014 amounted to RM17.17 billion. Moving forward, Guan Eng shared that the government is projecting SST revenue at RM21 billion a year, with an expected RM4 billion to be collected in 2018 when SST is implemented on 1 September 2018.

On the one hand, a higher tax revenue would be good for the country, as it increases the amount of money to work on projects and development that benefits the people. But because GST is a multi-stage consumption tax that’s imposed at every level in the supply chain, it also increases the cost of living for everyone – even after income redistribution exercises such as Bantuan Rakyat 1Malaysia (BR1M) is taken into account.

What The Government Is Doing To Offset Lower SST Income Because of this huge difference in revenue, the government naturally must tighten its belt. “To fill up the gap left by the GST, the Ministry of Finance has identified RM10bil worth of expenditure savings,” Guan Eng said. “This is where we need to do a little bit of belt-tightening by cutting down on expenditures, inefficiencies and of course through savings.”

These measures can already be seen in the recent revision of the LRT3 project, which had at first been put on ice before a massive 57% cut in expenditure saw the project brought back to life. Other high-profile projects, like the East Coast Rail Link (ECRL) and the KL-Singapore High Speed Rail (HSR), will likely see a similar renegotiation or even a deferment.

Besides that, external factors – such as the rising crude oil prices as well as dividend payouts from government-linked companies (GLCs) – and the projected RM4 billion SST revenue will bring in around RM15 billion to the country’s coffers as a temporary respite for this year.

The Government Will Lose Billions Of Ringgit During This “Tax Holiday” 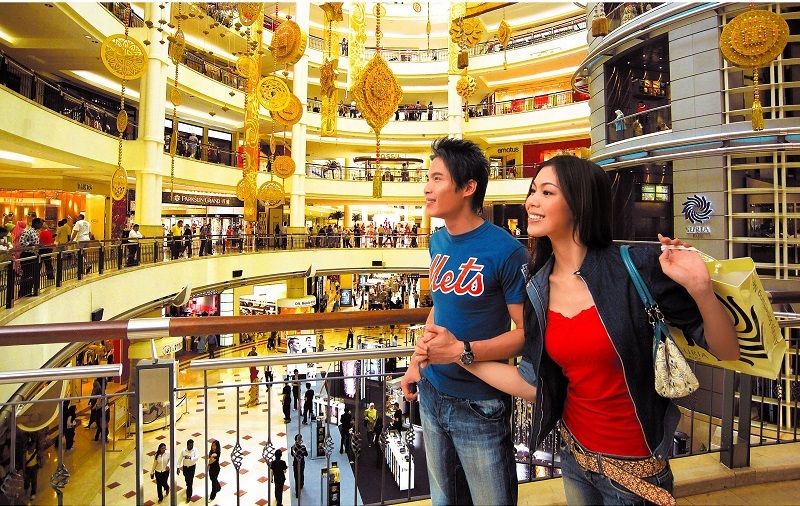 Malaysians are currently enjoying a three-month tax break between the zero-rating of GST and the re-introduction of SST. It’s the first time since the Seventies when the Service Tax Acts 1975 that there isn’t any kind of consumption tax imposed, but as the government has been saying from the start, it will end on 1 September.

Considering that Guan Eng has announced an estimated annual revenue of RM21 billion for SST, simple maths will show that this three-month tax-free break will cost the government some RM5.25 billion. Of course, tax collections vary throughout the course of the year, but it should give an idea of how much revenue is lost. 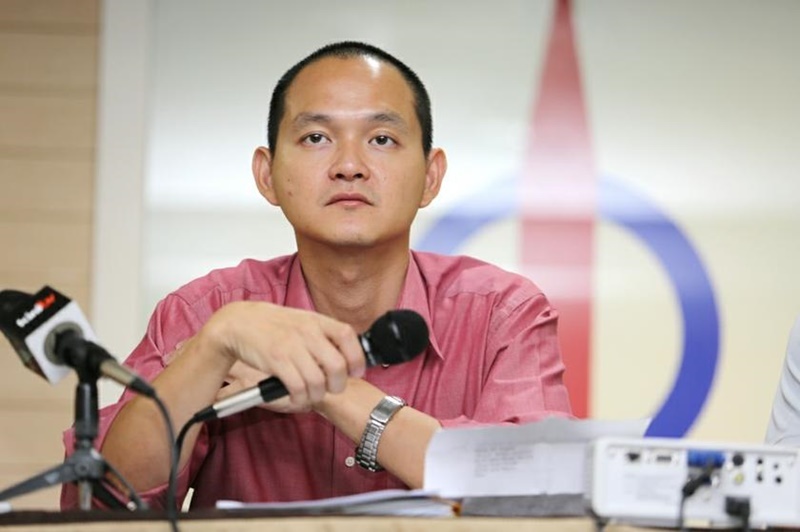 One of the biggest misconceptions about SST is in the split between sales tax (6%) and service tax (10%). Thanks to some misguided posts on social media, there has been growing outcries that the SST is actually 16%.

At face value, the sales tax of 10% is very obviously more than the 6% for GST, so it’s easy for those who do not understand how SST and GST work to be misled. Add the other 6% service tax and you’ve got a recipe for a disaster. It doesn’t help either that this is being politicised, resulting in more confusion for the rakyat.

At the Dewan Rakyat today, Deputy International Trade and Industry Minister Ong Kian Ming said that this poor understanding of the tax system extends even to some Members of Parliament (MP).

“Sales tax will be applied at the manufacturing point while the services tax is only applicable for service providers,” he said. “It is wrong to combine the rates and assume that it would be 16 per cent collectively… There are also a lot of items that are affected by the Goods and Services Tax (GST) but exempted from SST. I think there is a little confusion of the scopes of these two taxes at the moment.” He also added that the ministry will have a briefing for MPs to better understand SST.

In all honesty, a lot of the confusion and misconceptions can easily be avoided with some clearer communications from the Ministry of Finance. This may be partly due to the fact that the changes aren’t yet passed into law, but with everyone on Twitter and Facebook suddenly being overnight tax experts, it will be in the government’s best interests to address this issue. Perhaps the MP briefing can be extended into a PR strategy to include the rakyat? After all, we are also the ones who will be affected by the change from GST to SST. 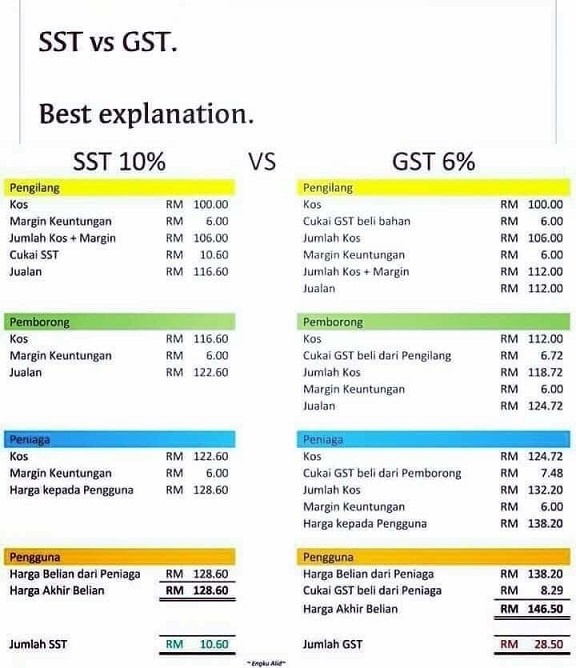 An example of GST vs SST calculation circulating online whose calculations may or may not be correct.

This sentiment is echoed by the Consumers Association of Subang and Shah Alam, Selanagor President, Datuk Jacob George. “So far, there has been no conversation about the new SST and not much is known about it. All we know for now is that it is going to replace the Goods and Services Tax but its scope and impact has yet to be defined,” he said.

Even economists appear to be having a hard time agreeing on whether SST will reduce prices of goods. While Socio-Economic Research Centre executive director Lee Heng Guie thinks that the new implementation of SST will see a wider scope of coverage, Alliance Bank Malaysia Bhd chief economist Manokaran Mottain does not. Nor could the economists agree on whether prices of goods will increase post-SST. When experts aren’t certain, what does that say about us common people?

Thankfully, it appears that information is slowly trickling in. In a statement, Guan Eng briefly addressed the confusion regarding the different tax rates in SST, and reiterating that it will benefit the low-income group in the long run.

“The 6% service tax applies to selected services and not all services, unlike the GST. The sales tax is imposed on manufacturers’ and importers’ price, while the GST is imposed on the final consumer price. Hence it is wrong to claim that a 10% sales tax is higher than a 6% GST,” he said.

Guan Eng concluded the statement with a promise to share more on the SST implementations when it is tabled in Parliament. “Unlike the GST, which burdens the poor proportionately more, the new SST will also be tweaked and designed to ensure that the impact on the lower-income groups would be proportionately less. The details of the improvements would be announced when the new SST Bill is tabled in Parliament during the current sitting.”

Will SST Be Cheaper Than GST? This is easily the most important question for Malaysians, but unfortunately at this point in time, it is impossible to assertively say that prices of goods will go down when SST comes into play on 1 September.

Both tax systems have their pros and cons. GST’s broad tax base not only results in higher collection, it also increases transparency and mitigates leakage thanks to its fixed standard rate – after all, GST is widely implemented in many countries around the world and is lauded as a modern consumption tax compared to SST. On the other hand, SST is a single-stage consumption tax that in theory, means that prices of goods should be lower.

Because of this, there have been suggestions to reduce the rate of GST, instead of reverting to SST. Opposition MP Khairy Jamaluddin suggested that it makes more sense to revise the GST rate instead of reverting to SST, as it is more inefficient than GST. Khairy’s suggestion certainly does not sound as complicated as changing the country’s taxation system, and the reduction in GST rate to match the revenue of SST would, in turn, reduce the impact on cost of living.

Of course, it’s not as black and white. Many practices look good in theory, but fail in reality for various external reasons. Political motivation and poor enforcement are just two reasons that can taint even the most effective of systems.

The country’s Members of Parliament will debate on the implementation of SST next month.