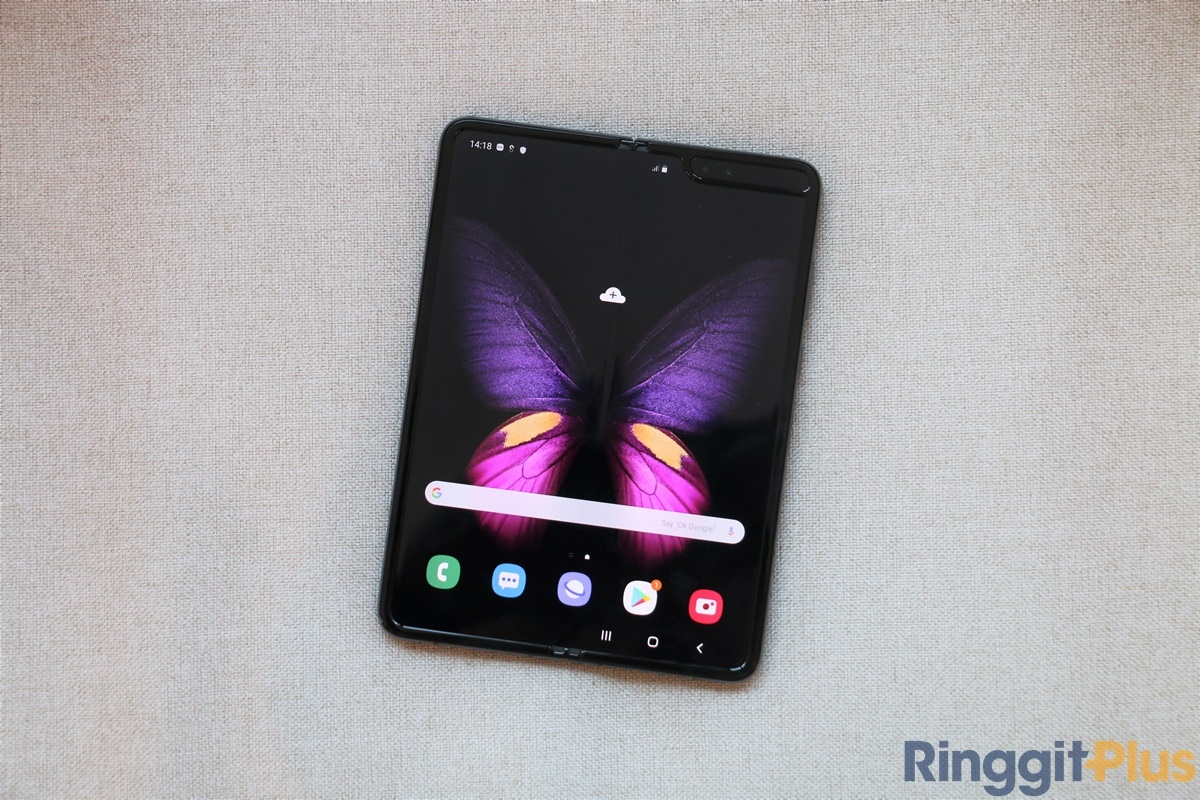 One of the first foldable smartphones in the world, the Samsung Galaxy Fold was launched earlier this year alongside the Galaxy S10 series. The futuristic device can be unfolded to reveal a large 7.3-inch display, giving it a versatility that other phones can’t offer. When the large display is not needed, the Galaxy Fold is a compact smartphone with a 4.6-inch display that still offers full access to the device. 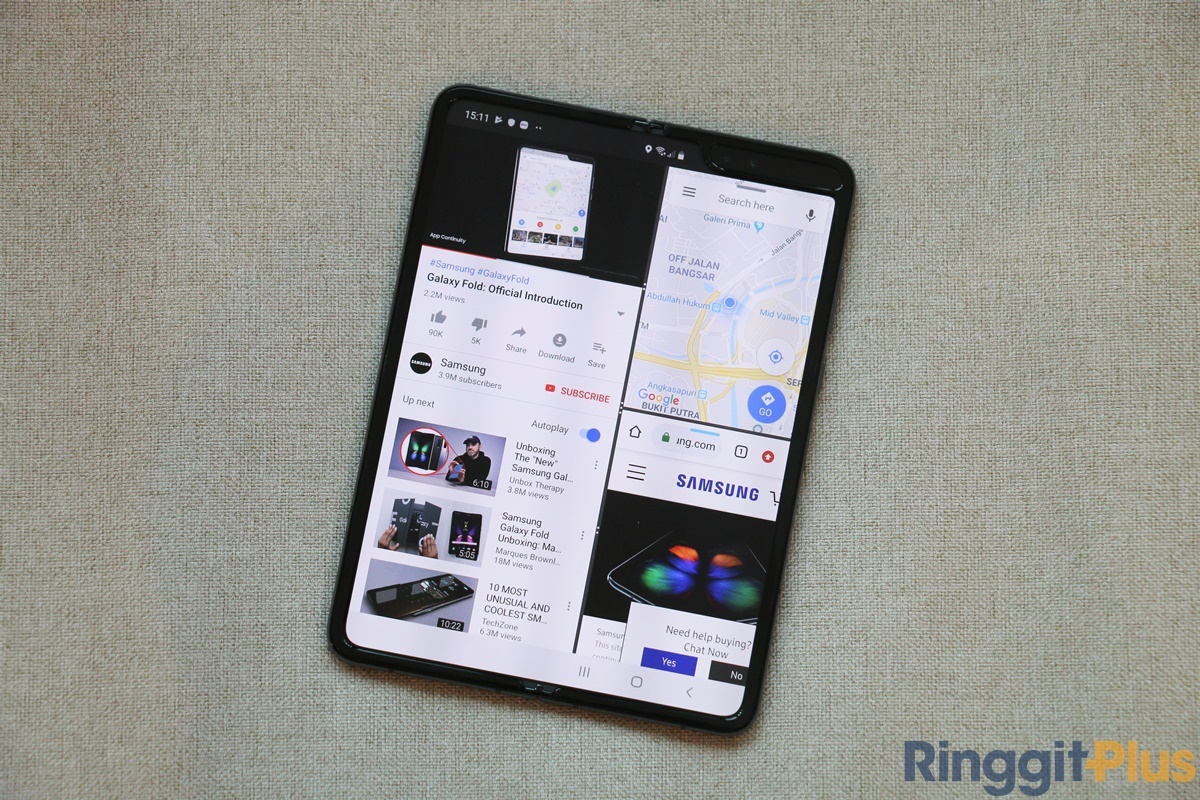 The inner display is the standout technology at the heart of the Galaxy Fold. Samsung calls it the Infinity Flex Display, offering a tablet-level 7.3-inch 2152 x 1536 panel – exceptionally large for immersive entertainment and productivity whenever needed. Meanwhile, the “Cover Display” is a 4.6-inch Super AMOLED 1680 x 720 panel.

Foldable display aside, the Samsung Galaxy Fold is also one of the most powerful smartphones made by Samsung. Besides packing a Qualcomm Snapdragon 855 chipset paired with a generous 12GB of RAM and 512GB UFS 3.0 storage, the Galaxy Fold packs a total of six cameras: two front cameras above the foldable display, one “Cover Camera” for use when the phone is folded, and a triple rear camera setup for main photography muscle. 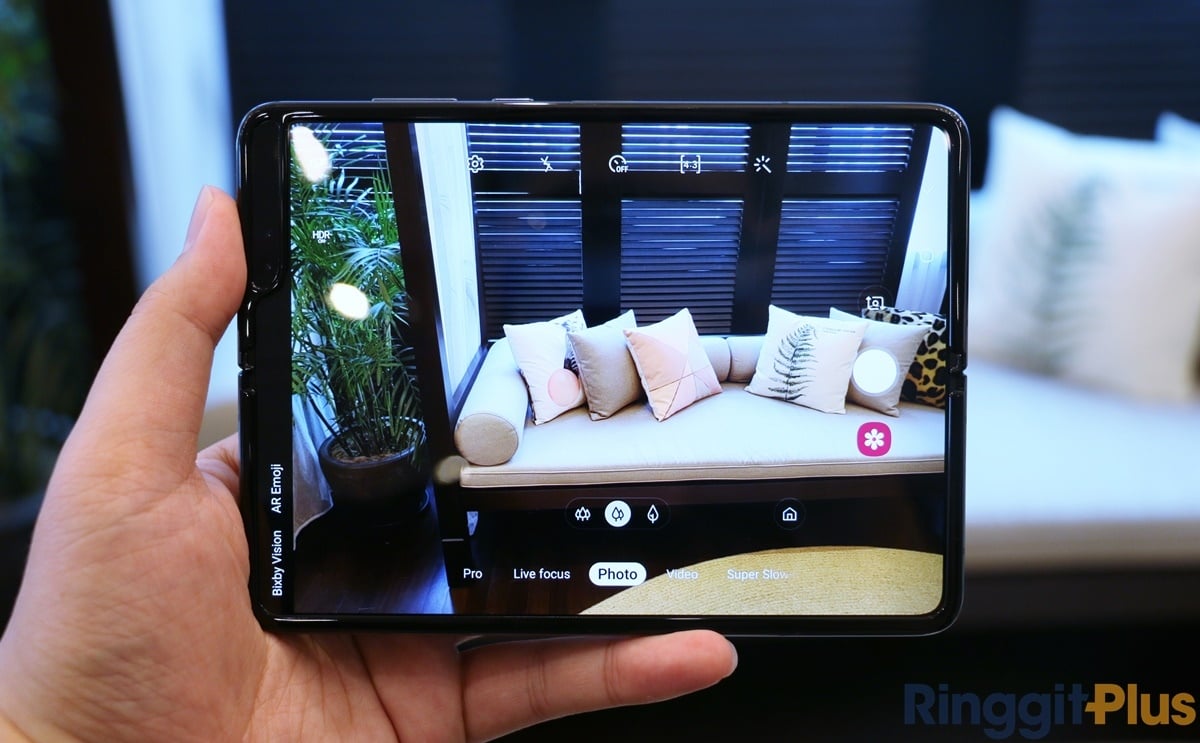 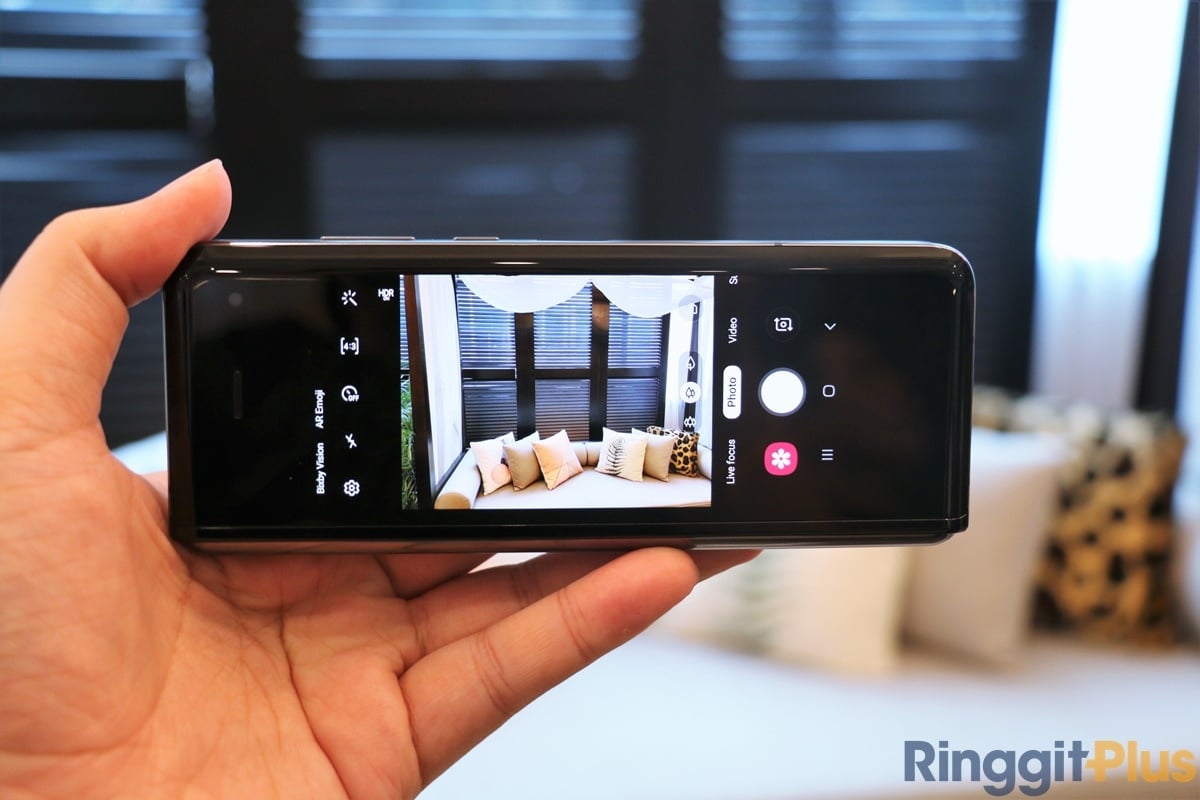 Weighing 276g, the Galaxy Fold has a large 4380mAh dual battery – there’s one battery one each side of the phone. The Fold also supports fast wired and wireless charging, as well as Wireless PowerShare to charge other devices (such as the Galaxy Buds).

As Samsung’s highest-end smartphone in its stable, the company made sure that Galaxy Fold owners are treated to be best it can offer. In the box, Samsung bundles in the wireless Galaxy Buds as well as a carbon fibre finish protective case. 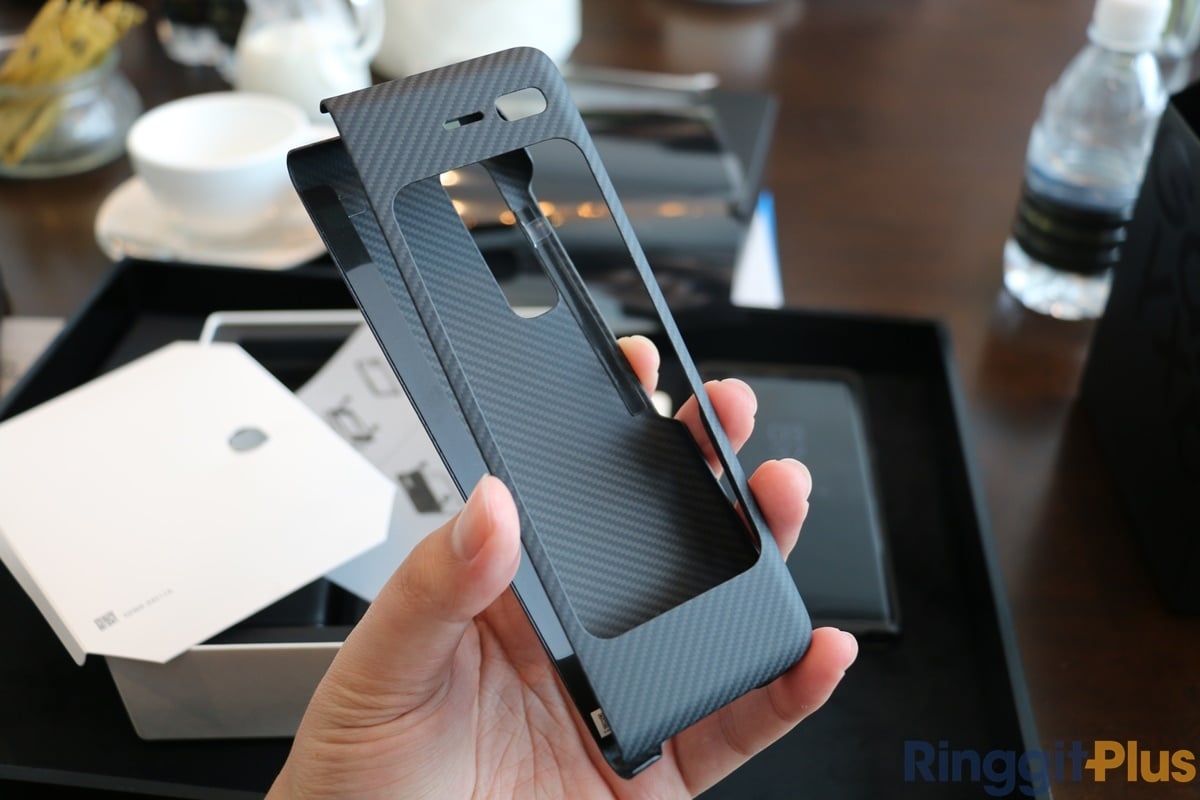 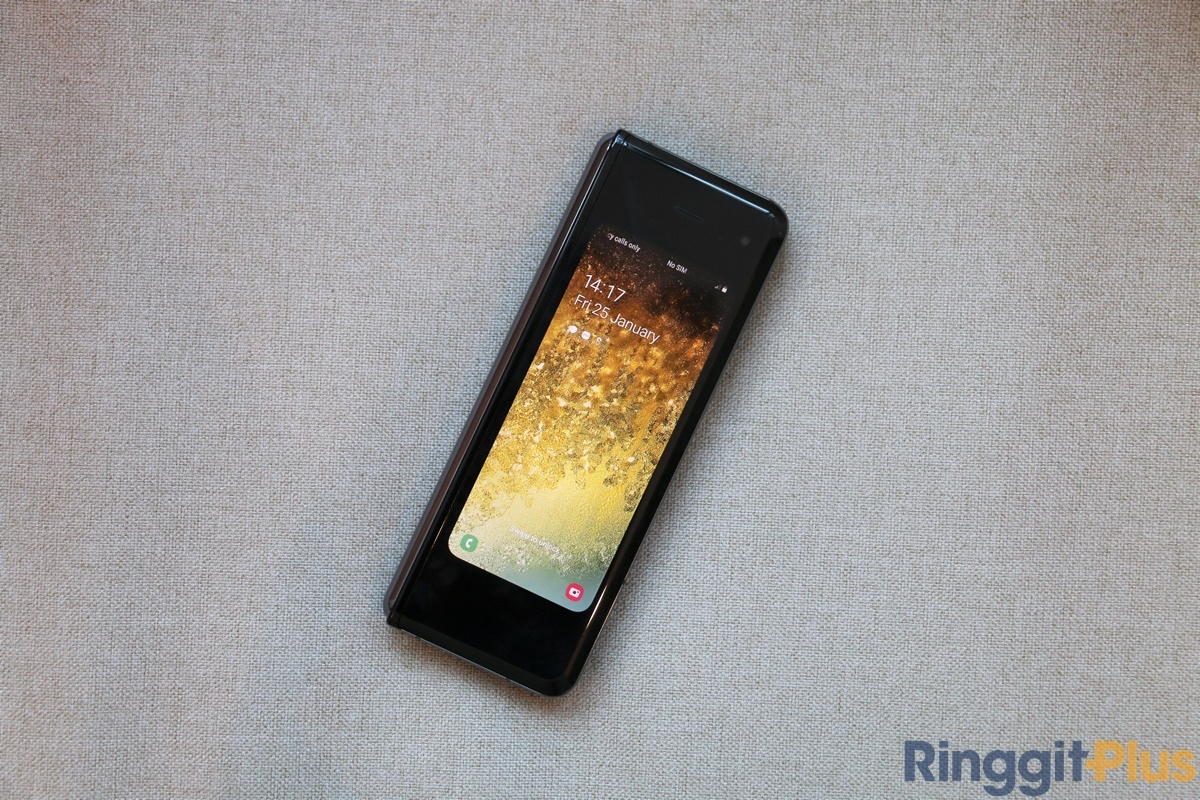 On top of that, for the Malaysian market, the Galaxy Fold will come with exclusive customer care service, which includes 24/7 support online or over the phone, one-year warranty for screen replacement and repairs, and door-to-door delivery for services.

The Samsung Galaxy Fold will be available for pre-order in Malaysia for RM8,388 in two colours: Cosmos Black and Space Silver. Those interested to purchase the device can make a RM800 deposit at participating Samsung outlets nationwide starting 9 October, and can collect their new foldable smartphone from 16 October onwards. 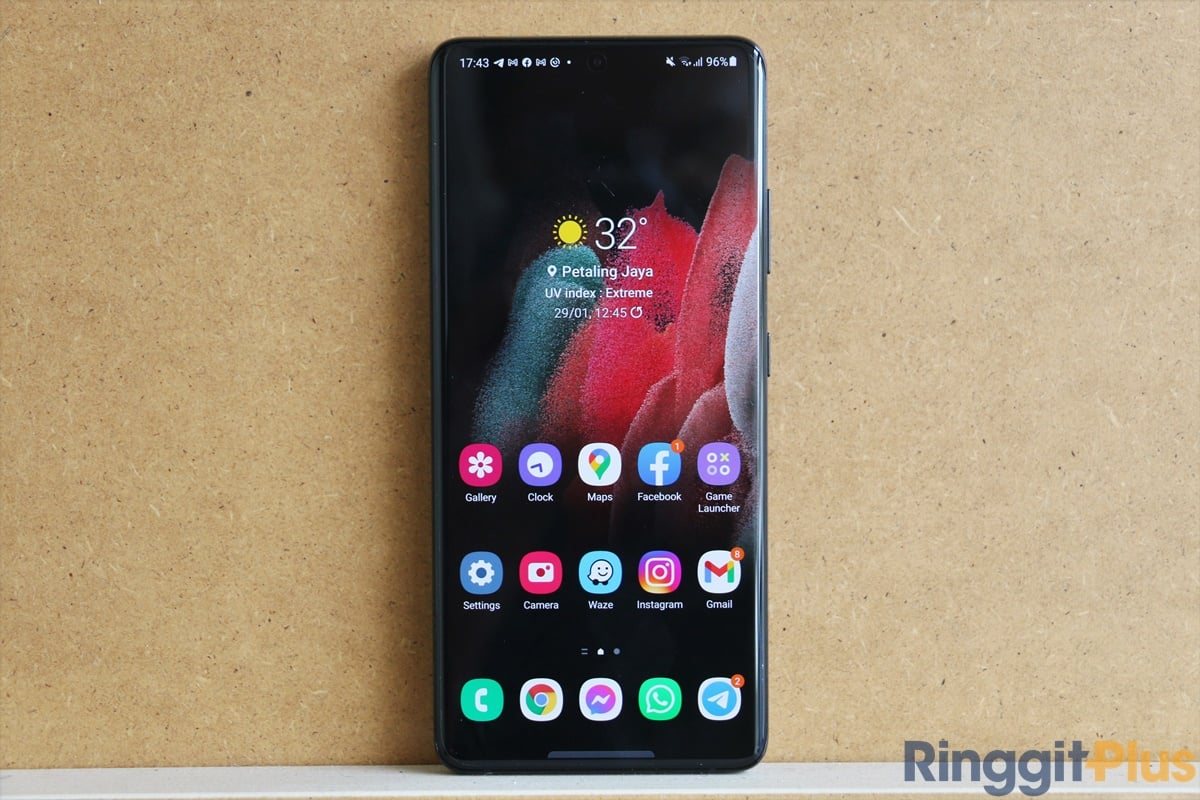 Samsung Unveils Galaxy S21 Series: Here’s All You Need To Know About Pre-Orders For Malaysia