All of the internet is already abuzz about the new proposed tiered system for fuel subsidy. The plan (confirmation for which just may rear it’s ugly head in the announcement of Budget 2015 come October 10th), sets to limit how much subsidised petrol you can buy based on your income and usage (and possibly even engine capacity of car).

The move is said to save the government almost RM10 billion a year in subsidy payouts which is claimed to be better used elsewhere (like in jet fuel to fly ministers everywhere? Would their fuel ‘subsidies’ be cut too?) without affecting the target low income group. The new tiered system will see all eligible Malaysians presented with a 1Malaysia Fuel Card which will then track their fuel spending and subsidy entitlement. Of course, you guessed it, to even get the card in the first place your income will be checked and verified to make sure you’re really in the low income group. 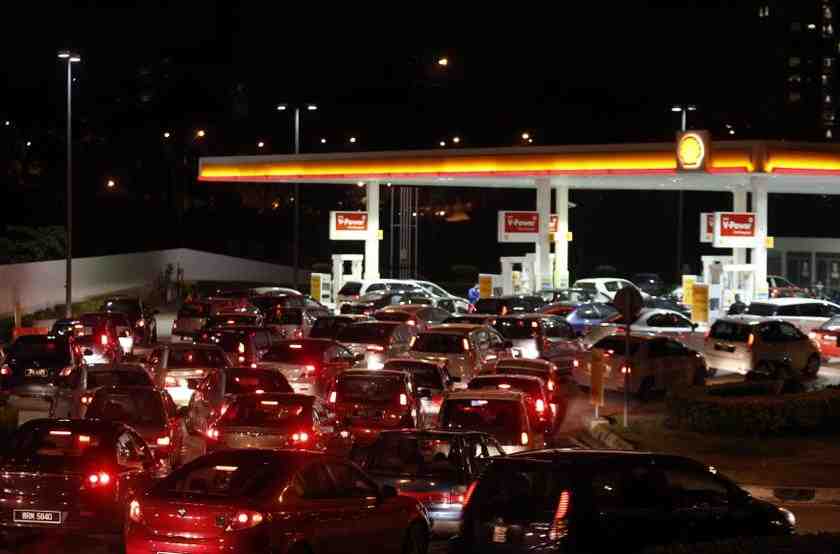 Petrol subsidies have been a contentious issue awhile now. Since the increase in price due to the lowering of subsidies last year; many blatant hints have been dropped (so blatant they probably qualify as hints just as much as the existence of human trafficking in KL does) that the subsidies will eventually be done away with once and for all. Subsidies in general are said to eat heavily into government coffers and this is supposedly affecting the overall development of the country’s economy. The World Bank is said to support the move to further rationalise subsidies in the country.

Fuel prices have been steadily rising with RON 97 fuel already on a managed float with prices not far from it’s actual price point in the open market. Nonetheless, there is little doubt that fuel in Malaysia is cheaper than other countries both within and outside of Asia (that said however, cheap fuel isn’t really any indication of the true picture of the financial situation of Malaysians in general as a lot more analysis is necessary such as comparative wages and the prices of other living needs).

Other sources point to a tiered system based on usage but the quantum and income range for which is yet to be set. ICASH managing director Roslan Nyak Kassim told the NST:

Under the proposed system, every verified registration would be alloted a weekly subsidy entitlement. The quantum is for the government to decide.

It would also allow the authorities to monitor, on screen, all fuel purchases at petrol stations and stand alone pumps, in real time.

He said the MTPS system would leverage on a four-tier system in allocating the entitlement for the subsidy, where the maximum amount of fuel in litres would be set with the subsidised pricing.

“For Tiers 1 and 2, a weekly quota of subsidised fuel will be allotted to the target groups, whereas for Tier 3, fuel is sold to non-target groups at cost price.

“Tier 4 is for foreign-registered vehicles, where the pricing will be determined by the government.

“The target group on Tier 1, who exceed their quota, will automatically move up to the next tier.

“Any unutilised portion of the quota for the week will be automatically forfeited.

“If individuals or commercial vehicle owners need more than the allotted quota, they will be required to pay at the next subsidised price or at the non-subsidised price when they have exhausted their subsidy entitlement,” he said.

Proposals are still forthcoming from the various agencies involved and the actual plan may look like a mash-up of both the proposed schemes above. Whatever is decided – there seems to be a clear message – the more money you earn; the more you are expected to stay home to count it. We’re kidding. Well, partly.

Will The Fuel Subsidy Happen?

As newspapers are already pushing the views of supporters to the fore (a terribly un-veiled attempt at garnering more support) ahead of Budget 2015; the rumbling may difficult to deny at this point. Despite the fact that a tiered system was once rejected all the way back in 2010; it seems unlikely the rakyat will dodge this fueled bullet again.

Get your weekly updates on the latest petrol prices with us.

*Information on the tiered system at this time is conjecture based on available sources. Confirmation and exact details for the plan will be announced when they become available.