In its statement, BNM said that the coloured silver commemorative coin is made of fine silver with 99.9 purity, weighing at 31.1g. It has a face value of RM10, and there will only be 1,000 pieces of this coin available – each of which is sold at RM253 per piece. 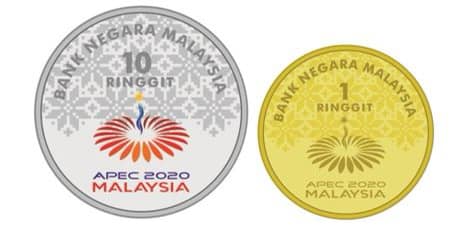 Design-wise, both coins are minted with two contrasting surface techniques using advanced laser technology and digital frosting to create the effect of a rainbow. BNM said that this is the first time such techniques have been used for Malaysian coin issuances.

Aside from that, the obverse side of both coins also features an artistic representation of 21 human figures to symbolise the collaboration of 21 APEC economies in sustaining the growth and development of the region. The name and theme of the commemorated event – “Asia Pacific Economic Cooperation 2020” and “Optimising Human Potential Towards A Future Of Shared Prosperity”, respectively – are engraved along the circumference of the coins as well. 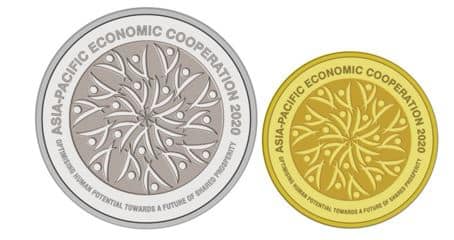 While both the coloured silver commemorative coin and the Nordic gold (BU) commemorative coin can be purchased individually, it is also possible for the Malaysian public to get them as a set. Priced at RM308 per set, there are 750 sets available. However, the central bank also said that it will impose a purchase limit for these coins.

“To provide a fair opportunity for members of the public to buy these limited edition coins, there will be a purchase limit, with each customer allowed to purchase a maximum of a set of two, a coloured silver coin (proof), and up to five Nordic gold (BU) coins. In the event of oversubscription, balloting will take place,” said the central bank, adding that further information on ordering, payment, and delivery will be provided soon.

You can find out more about the two new APEC 2020 commemorative coins on BNM’s website here.