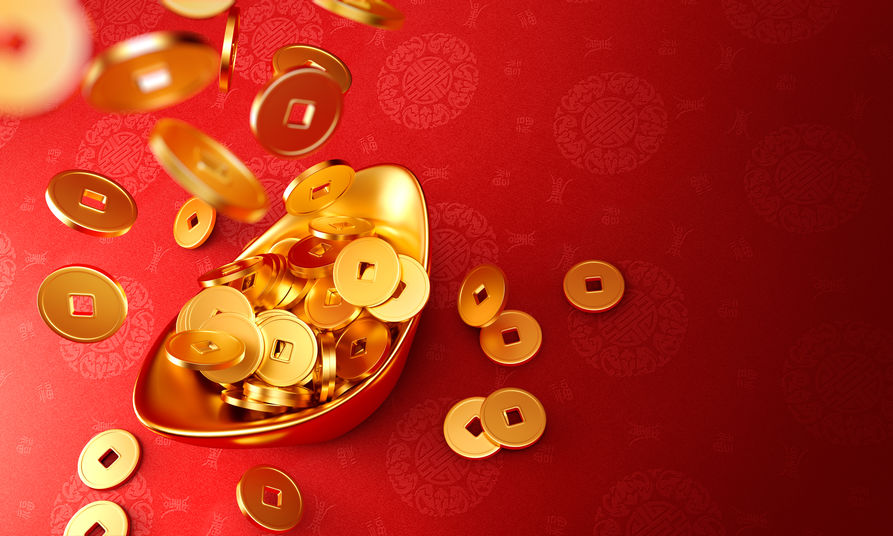 Chinese New Year is rich with traditions intended to banish the bad and to invite the good for the year ahead. Most would be familiar with the common dos-and-don’ts, such as not sweeping the floor, wearing black clothing, or even swearing, but there’s a lesser-known one that’s been growing in popularity in recent years: depositing money into your bank account during li chun.

Li chun is a date within the Chinese New Year period that marks the beginning of spring. Feng shui masters say that it is a particularly auspicious day for putting in some money into your bank account.

The myth behind Li Chun 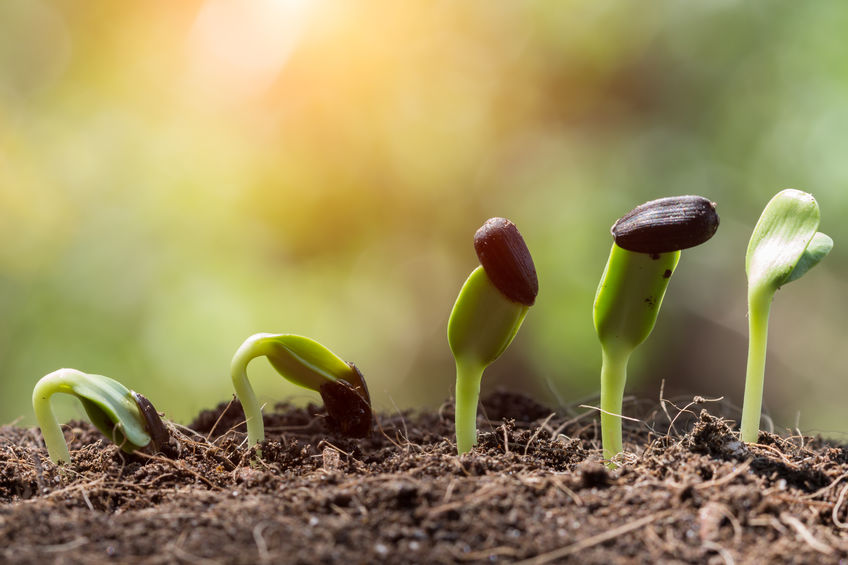 This practice is likely connected to the significance of li chun as the start of spring in the lunar calendar, which is when growth and life begin anew after a period of winter. It used to be a time for farmers to pray for a bountiful harvest in the coming year. As societies became less agriculture-centred, however, people began “planting” cash into their bank accounts as a symbolic act instead.

Just as how seeds would begin growing once planted at the start of spring, it’s believed that your wealth, too, would grow once you’ve deposited some cash into your bank accounts during li chun.

Best time to deposit according to zodiac signs

There’s a catch to this particular custom though: it’s not as simple as just depositing money into your bank account on 4 February 2020. Li chun is apparently also time and zodiac-specific, which means that if you’re really committed to going through with this custom, you should only deposit money within a specific window of time, depending on your Chinese zodiac. 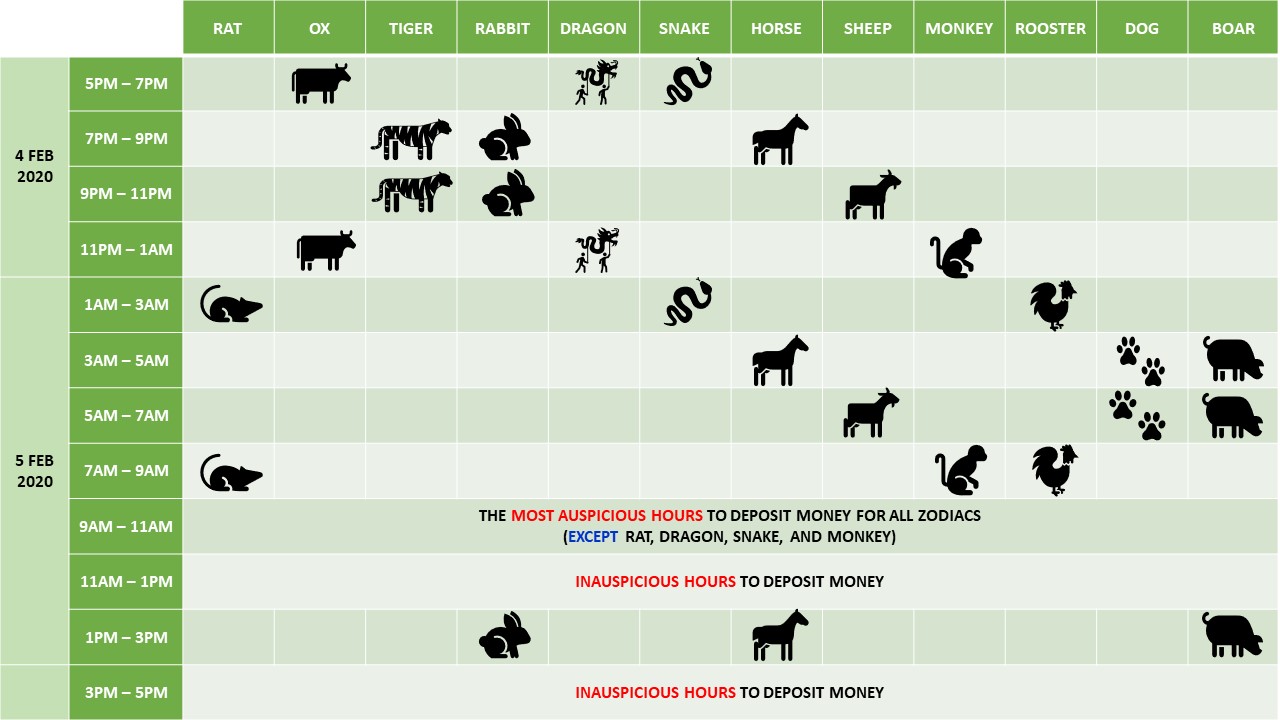 The table’s pretty straightforward; the icons denote the right window of time for each zodiac. For instance, if you’re born in the year of the Rat, you should best do your deposits between 1am and 3am, as well as between 7am to 11am (both times on 5 February).

Where to deposit your money?

If you’re curious enough to give this custom a try, then there are a couple of options you can check out to maximise the benefits of depositing your money.

One alternative to consider are high-interest savings accounts, which let you enjoy the flexibility and accessibility of a savings account as well as interest rates that rival those given by fixed deposits. Before you commit, though, do read the fine prints as some of the high rates may require you to abide by certain conditions.

Otherwise, you can opt for fixed deposits if that’s better suited to your preferences and goals. While many may appreciate the limited risks and guaranteed returns that come with this type of account, do weigh it against drawbacks such as the lock-in period and penalty fee for early withdrawals.

Some banks also offer promotions to go hand in hand with the occasion (or for Chinese New Year in general), such as Hong Leong Bank’s Li Chun Bonus deal. Shop around to see what’s on offer before deciding!

Technology to the rescue

You can expect the queues to be long at the banks come 4 and 5 February 2020, especially given that most cash deposit machines for some banks are offline from 12am till 6am – it means some zodiac signs only have one two-hour window to make their deposits.

But with the rise of online banking, you can also consider performing your li chun deposits without having to sweat it out with the crowd. Older folks may not consider it real “deposits”, but interbank transfers are instant, free, and can be done anytime and anywhere. Most banks consider these “fresh funds” anyway, so technically you would be fulfilling the condition (we hope!)

While there is no certainty that the li chun custom is going to guarantee you wealth in 2020, saving money is a great way to start the year right. And with a little bit of thought and care as to where you place your money, you might just get a little bit of extra ong this year. 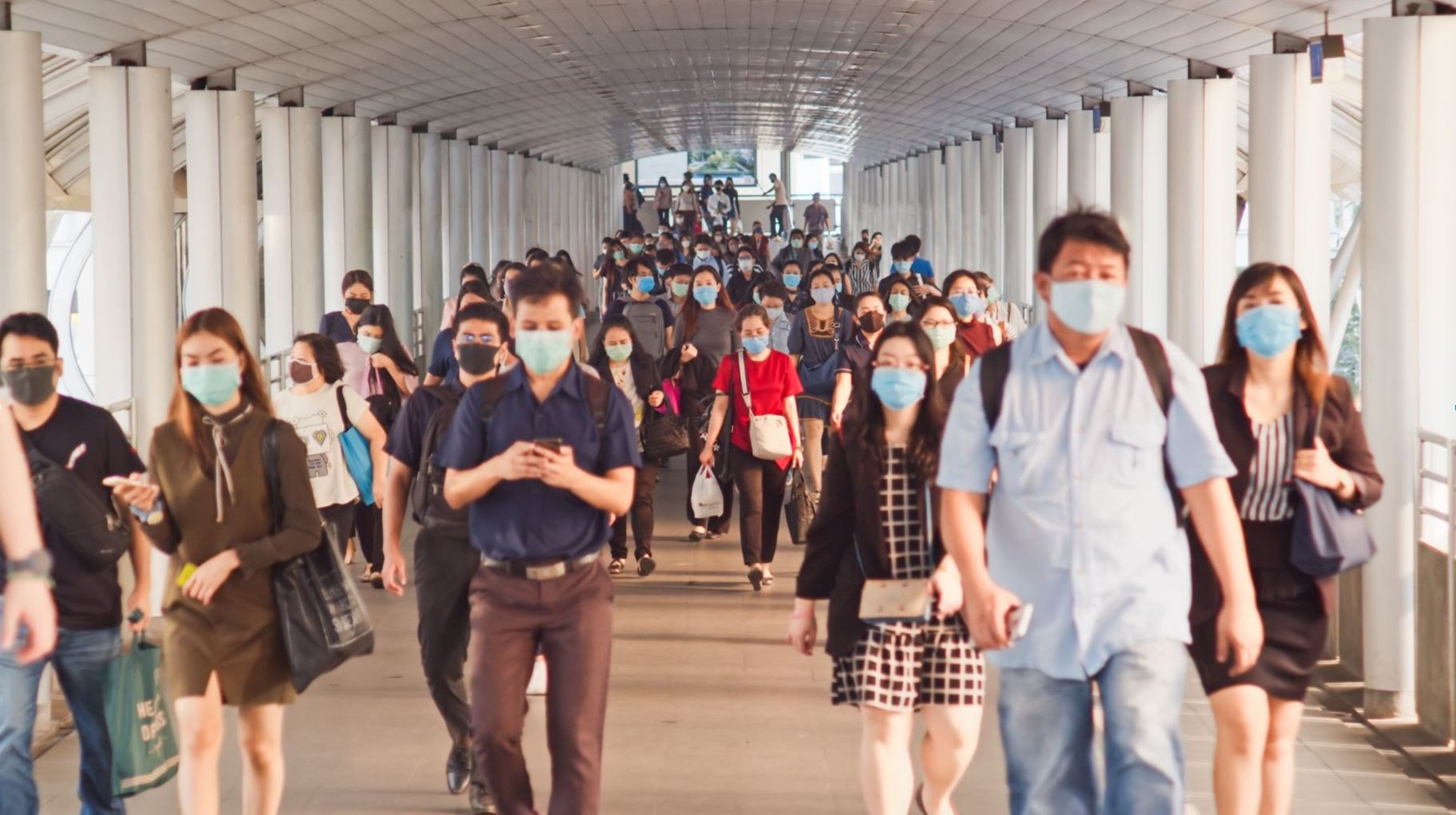 Are Malaysians On The Road To Financial Recovery Yet?

Winds Of Change For Malaysian Investors 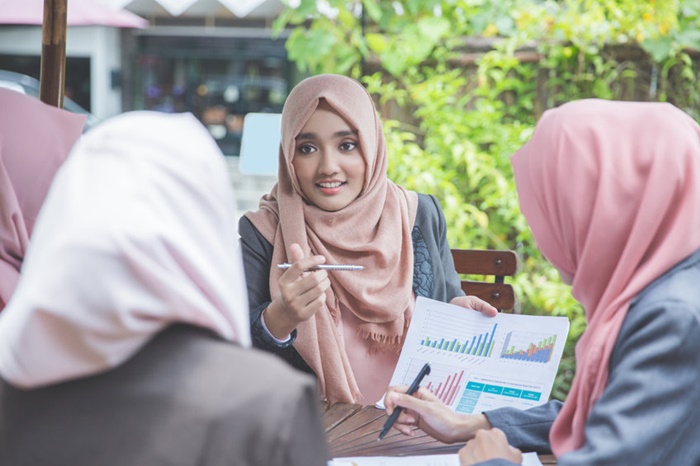 What Is Takaful Coverage & How Does It Work?