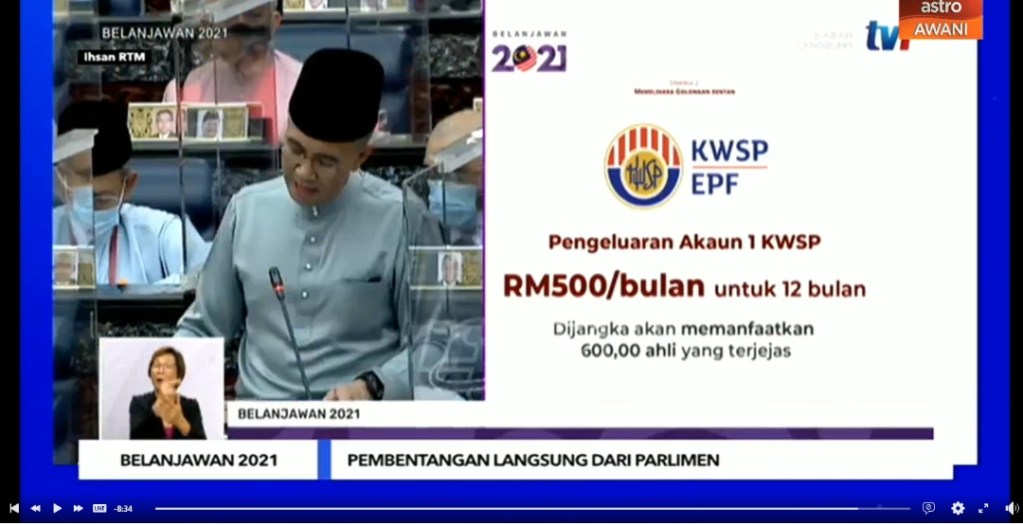 In response to mounting pressure from members of the Malaysian public, the government has decided to allow targeted Employees Provident Fund (EPF) contributors to make withdrawals from their EPF Akaun 1.

“Targeted EPF contributors are allowed to withdraw RM500 a month for up to RM6,000 for 12 months,” announced Finance Minister Tengku Zafrul Aziz during the tabling of Budget 2021. “This withdrawal is to help EPF members who have lost their jobs and is estimated to reduce the financial burden of 600,000 affected contributors.”

When announcing the initiative, the finance minister said that he was sure this announcement was one that was much-anticipated.

“Taking into account the earlier i-Lestari programme announced in March and the latest Akaun 1 withdrawals now, the cash withdrawal allowed for each contributor is up to RM12,000. It is projected that the withdrawals from Akaun 1 overall will involve a total of RM4 billion.”