The Employees Provident Fund (EPF) has approved 2.5 million out of 3.88 million applications for i-Sinar under Category 1 as at 4 January 2021. The applications involve withdrawals amounting to RM19.62 billion in total.

The first month’s payout, which will amount to RM10.07 billion, will be made in stages beginning 5 January 2021. “A majority of the remaining 1.4 million submissions which have yet to be approved falls under the criteria outlined under Category 2, which will open for submissions from 11 January,” said EPF in a statement. 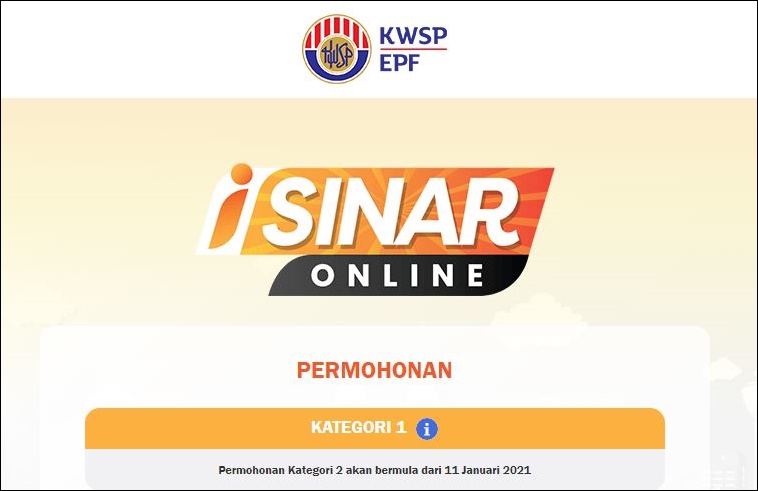 The fund went on to say that members who fall under Category 2 are advised to start preparing their relevant documents in advance such as official payslips and bank statements for uploading to i-Sinar online. According to EPF, 701 applications were not approved due to reasons such as non-matching bank account numbers, applications made on behalf of deceased members, or applications made by members who can actually make withdrawals under the existing facility for those aged 55 years and above.

“The EPF further assures members that the fund has put in place measures to prevent irresponsible third parties or scammers from making fake submissions and posing a danger to members’ hard-earned retirement savings,” the EPF stated. In line with this, members are strongly advised to avoid sharing photos or documents of their i-Sinar submissions or withdrawals on social media, as this could expose them to potential scammers.