So the government officially announced that petrol prices are up by RM0.20 each for RON95 and diesel – making it RM2.10 and RM2.00 respectively as of the 3rd of September. Although it would be funny if the second part of our header was true; it isn’t. But you’re welcome to buy a bicycle if you work in the same taman as you live – or if you really, really like carbon monoxide and daredevil feats on the highway at rush hour.

Jokes aside, what are we to do?

As usual, many Malaysians took to bombarding neighbourhood petrol kiosks before midnight on the 2nd to fill up full tanks in hopes of saving RM8 (RM0.20 x 40 litres per average full tank) which will be burnt immediately after in attempts to go home from said clogged petrol stations. 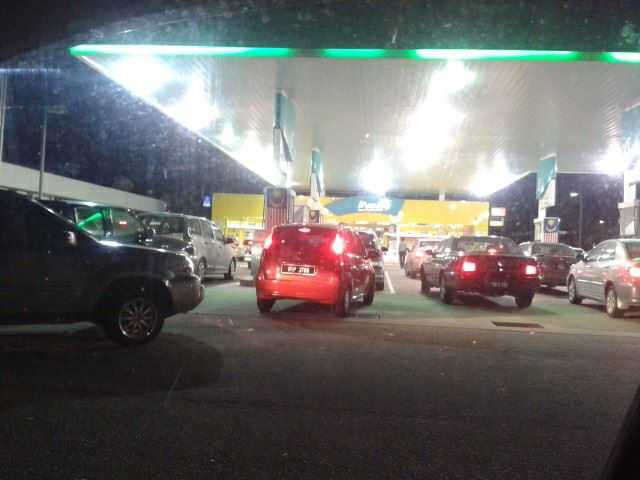 The other option would be public transport. But if buses are your thing; you may need to be up a couple of hours before work time as a shortage of bus drivers means you won’t be getting one quickly. The early bird gets the worm; and erm… the bus!

Alternatively, you could ask your boss if you could work from home – everyday (we will not be responsible for any ensuing terminations).

For most Malaysians of course; we’ll just sigh and go on as we have every time something is announced that robs us of our hard-earned ringgit. Anyone thinking a petrol cashback credit card sounds like a good idea about now?