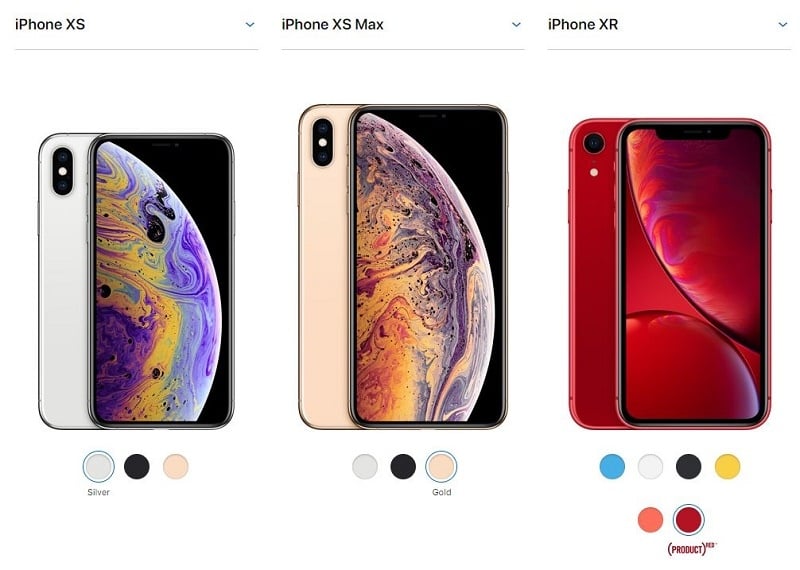 The new iPhone XS, XS Max, and iPhone XR are now officially available in Malaysia, and as usual, all major telcos in the country have raced to release their iPhone postpaid bundle plans. With retail prices that go all the way to RM7,049, perhaps getting a subsidy by buying it via a postpaid bundle would be the way to go?

We’ve compiled the available plans for the new iPhone models offered by the Big Four telcos in Malaysia: Celcom, Digi, Maxis, and U Mobile, and broke them down by the monthly commitments: below RM100, between RM100 to RM150, and between RM150 to RM200. Without further ado, let’s take a look at the iPhone postpaid plans offered in Malaysia. 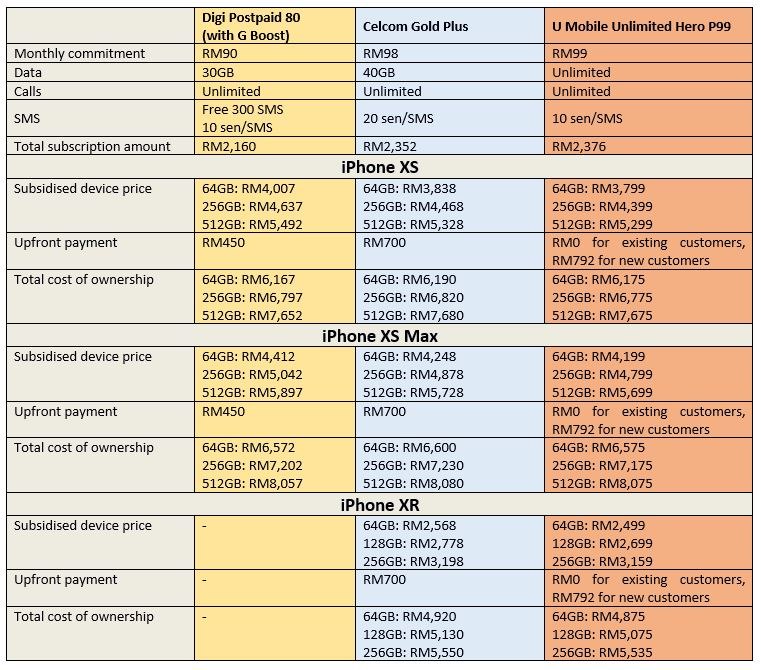 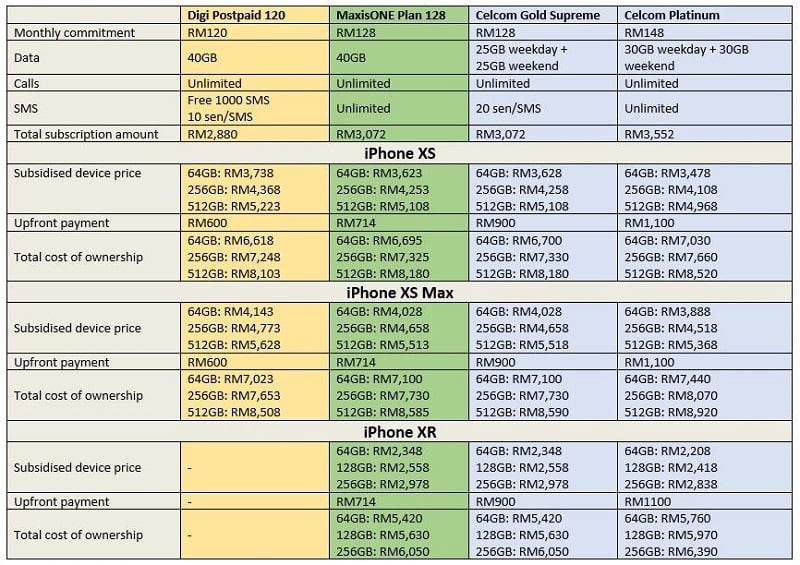 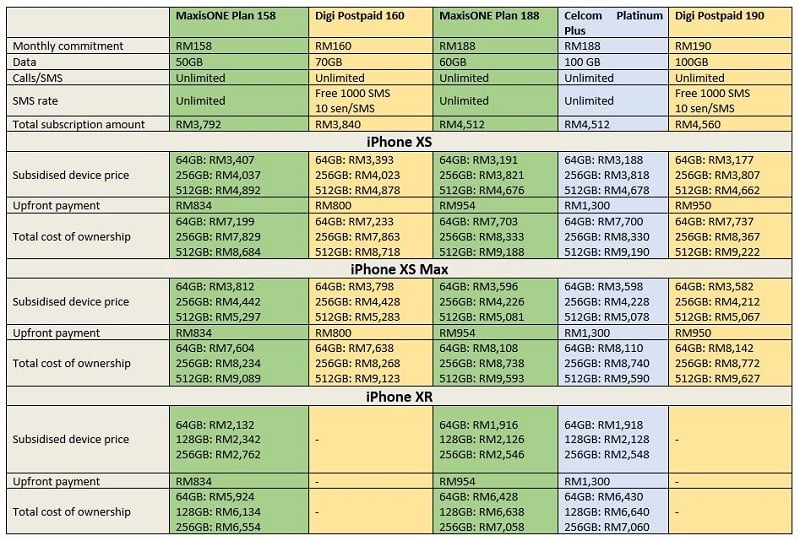 In exchange for the subsidised prices, you will be bound to a 24-month contract to the plan you choose. There’s also the upfront payment that will need to be made upon subscription, but this figure will be rebated equally over 12 months.

With the exception of U Mobile, the other three telcos’ subsidised prices for each of their plans don’t stray too far from each other, sometimes only being separated by a few Ringgit. Therefore, you shouldn’t look at just the subsidised prices, but more to the total cost of ownership, which takes into account the subsidised price added with the plan’s monthly commitment over the course of the contract.

From the table, it is plain to see that the Maxis iPhone postpaid bundles are the most costly in terms of value – across all price points the other telcos’ plans usually offer more mobile data. However, when it comes to telco services, value for money is just one aspect that consumers should consider. Coverage as well as quality of service are equally important, and should be taken into the same amount of consideration.

For example, Maxis is known for offering among the best mobile internet experiences in the country, while Celcom has one of the widest coverage among the four. On the other hand, U Mobile has had a history of poor mobile internet speeds in the past. So even if a telco’s plan has excellent value for money, it won’t count for much if your area has no coverage which will result in a poor user experience across the board.

That said, if you’re already attached to the telco, and 1) don’t plan to switch providers anytime soon, and 2) are looking to get any of the new iPhones, that’s where you should seriously look into signing up for one of these bundle plans and save quite some amount in the process – the subsidised prices take up to RM1,982 off the retail price!

A Beginner’s Guide to Buying Your First DSLR Camera
Ahmad Mudhakkir
Looking to get yourself a brand new DSLR camera, but all the talk of ISOs, shutter speeds, and focal lengths got you confused? Don't worry, here's a quick and dirty guide to your first DSLR purchase.

How Lenovo IdeaPad Is Designed to Efficiently Deliver Performance 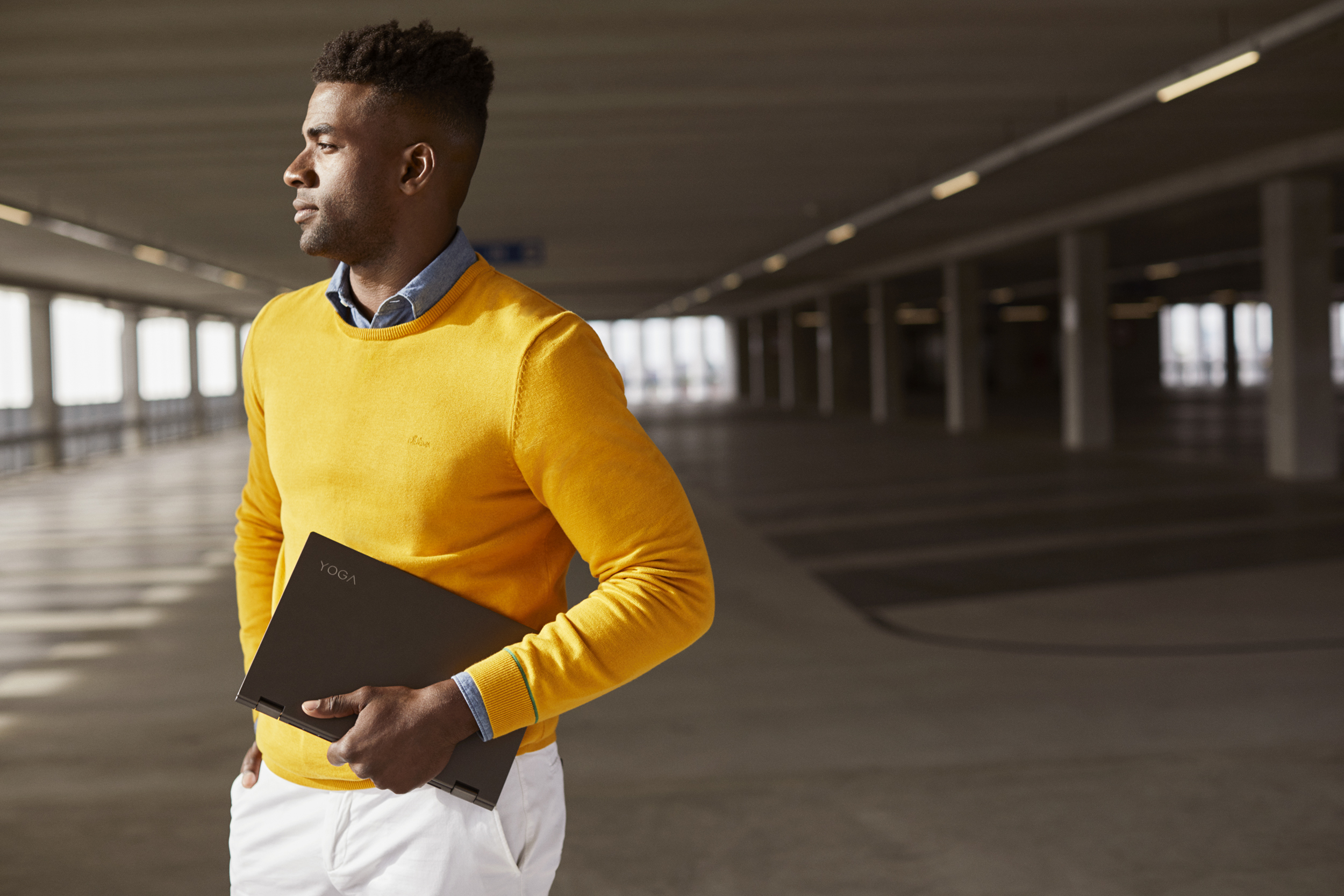