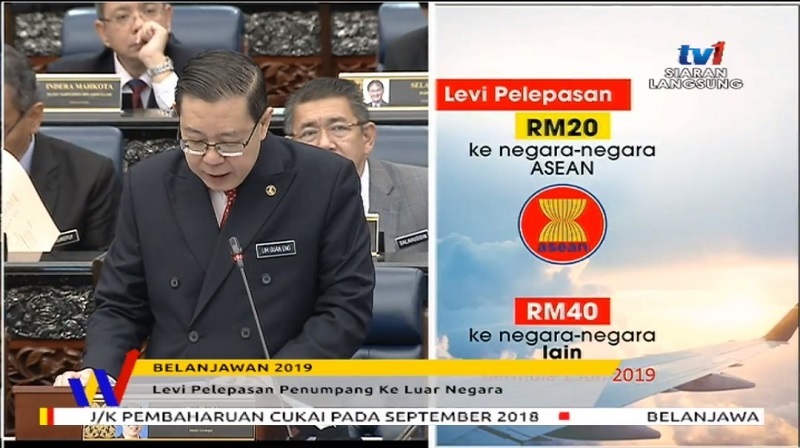 Malaysians will have to pay a new “departure levy” when they are travelling abroad starting 1 June 2019.

The proposed rate is broken into two tiers: RM20 for outbound travellers to ASEAN countries, and RM40 to countries other than ASEAN. The government is imposing this tax as a means to encourage domestic tourism. A secondary measure for this is also to declare Pangkor island as a duty-free island, and also expand Langkawi’s duty-free status. Finally, Port Swettenham in Penang will also feature duty-free shops.