An Introduction To Critical Illness Insurance

Eliminate your financial concerns with a critical illness insurance policy. Whether it’s a serious medical condition such as cancer, heart disease, or kidney failure, a CI policy has got you covered from head to toe. 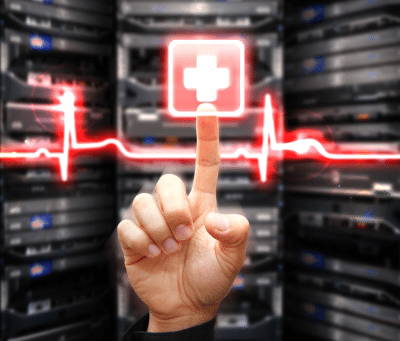 Medical costs have been on an upward spiral for a long time, especially now that the Malaysian government has allowed medical and dental practitioners to hike their professional fees up to 14.4%. On top of that, the estimated medical inflation of 10-15% annually means treatment costs will only escalate even higher. Sure, money tucked away in a savings account or long-term fixed deposit might help pay for future medical bills, but it isn’t necessarily enough. Once your savings pool runs dry, a Critical Illness Insurance plan might be your solution.

A Critical Illness (CI) plan will provide financial support when you are diagnosed with any of the 36 critical illnesses most prevalent among Malaysians. It will be a lump sum payment based on the severity level of your ailment. For example, if you buy a CI plan with sum assured of RM200,000, 50% of that amount (or RM100,000 in this case) will be payable if you are diagnosed with early stage cancer.

On the other hand, if you are diagnosed for it at a later stage of the illness, you will receive 100% of the sum assured. Because the money goes straight to you (the policyholder) you can spend it on anything at all – that would include buying yourself a holiday or a brand new sports car, but of course, the most sensible thing to do is to use the money to pay for required medical treatment and daily expenses.

But isn’t that the same thing as a Medical Card? The answer is no. Unlike a CI policy, your Medical Card is an insurance plan that will only pay for the cost of your medical treatment and surgery at selected panel hospitals. These expenses are paid directly by your insurer to the hospital, not to you. If you pay for your medical bills first, you will be able to claim from the insurance company at a later date.

What illnesses should Malaysians be most worried about?

It is about time we lay down some hard-hitting facts and figures. We Malaysians are very generous with our sugar, from our colourful kuih to our super sweet teh tarik, so there’s no wonder that we are the top Asean country with the most diabetics. A 2018 estimate pegged the number of adults in Malaysia with diabetes at 2.5 million – and that as many as half of them do not even know they have diabetes!

Alarming still are adults with high cholesterol, affecting more than 6 million men, women, and even children nationwide. Other high frequency non-communicable diseases (NCD) or more commonly known as chronic diseases include high blood pressure, obesity, stroke, and other heart diseases. All these and more are covered by a Critical Illness Insurance.

Below are some of the most common chronic diseases in Malaysia:

Typically, if you are diagnosed with a critical illness in its early stages, or below a certain severity level, you may not be able to make a claim at all. Also, traditional CI policies will end after a single claim is made. Fortunately, there are some insurance companies that have started to provide coverage for early diagnosis, including the allowance for multiple claims for recurring illnesses such as the Great Eastern Early Living Care and the Manulife Cover Me Again.

How much am I paying to be insured for Critical Illness?

A better question would be, “How much can you afford to be insured for?” The amount you want to be assured for, or sum assured as it is often called, hinges entirely on your own budget and needs. The first thing to get down is calculating all the direct costs that you and your family would have to bear, and for how long.

Being unable to work, losing out on paid employment, and constantly commuting between your home and the hospital for daily treatment and medical check-ups is nobody’s idea of living a normal life. You will need some sort of financial support to replace your monthly income and adjust to your new lifestyle.

Diana earns RM96,000 a year, so the ideal amount to be insured for is at least three times her annual income, or around RM300,000. Depending on the insurer, her annual premium would generally not exceed 10% of her annual income. Remember, premiums will also depend on your gender, occupation, health condition, and your status as a smoker or non-smoker.

Why three times her annual salary? It’s not as random as you think. Let’s say that Diana were to suffer from cancer or fall into a coma for a prolonged period, being insured for three years worth of income would be ample time for her family to regain their footing and reshuffle their finances to adjust to drastic life changes.

It is worth the money

Now that you’re still young and fit, with a great family health record to boot, it’s hard to see yourself bed-ridden in the hospital with a severe illness. But the older you are, the less in control of your body you become – how will you be ready for that eventuality?

If you think you and your family don’t have enough savings to fall back on, a Critical Illness Insurance can fill in the gaps. But remember, a good insurance plan is one that you can afford to pay. If you have the extra cash, take up an Investment-linked CI policy, where you invest a portion of your premiums in a fund of your choice to help build your financial egg nest for retirement.

Read More
Find out more about the advantages of critical illness insurance and the benefits it can bring you and your loved ones.
IInsurance

Read More
You can insure anything these days, from your car or bike to your home contents or holiday, but did you know you can insure your mortgage too? Read our basic guide to MRTA and MLTA and find out which option is best for you.
IInsurance

Read More
Not sure if you should spring for extras on your motor policy? Here’s a breakdown of the usual add-ons offered with your car insurance plan to help you figure out which ones are really worth the cost!
IInsurance

Read More
Should your driving style put the drivers of the Fast and Furious franchise to shame, you may want to go easy on your accelerator as your on-the-road behaviour may lead to you paying more for your car insurance.
PPersonal Finance News