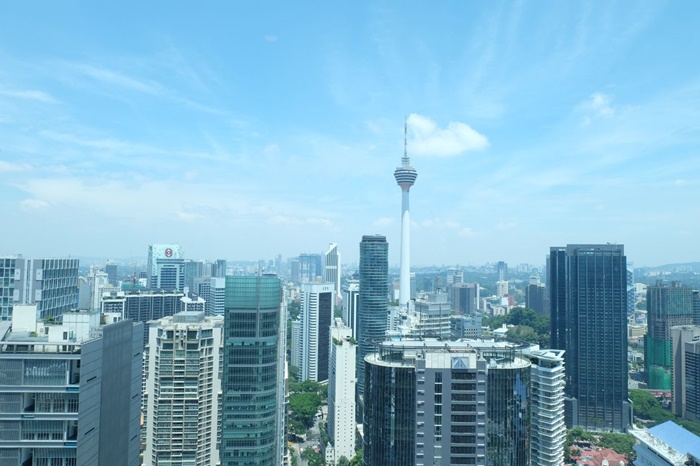 The unemployment rate in Malaysia for December 2020 has remained unchanged at 4.8% since November 2020, according to the latest data from the Department of Statistics Malaysia (DOSM). Meanwhile, the number of unemployed persons increased by 1.1% since the previous month to settle at a total of 772,900 people in December.

“In December 2020, the number of employed persons edged up month-on-month by 0.1% or equivalent to 19.3 thousand persons to 15.22 million persons after registering a marginal decrease in the previous month. The employment-to-population ratio – which indicates the ability of an economy to create employment – was unchanged at 65.1%,” explained chief statistician Datuk Seri Dr Mohd Uzir Mahidin in a statement.

Aside from that, DOSM also noted that the number of employed persons who are temporarily not working rose from 142,000 persons in November to 146,200 persons this month. This increase is attributed to the implementation of phases of the movement control order, as well as short school break and festive holidays. 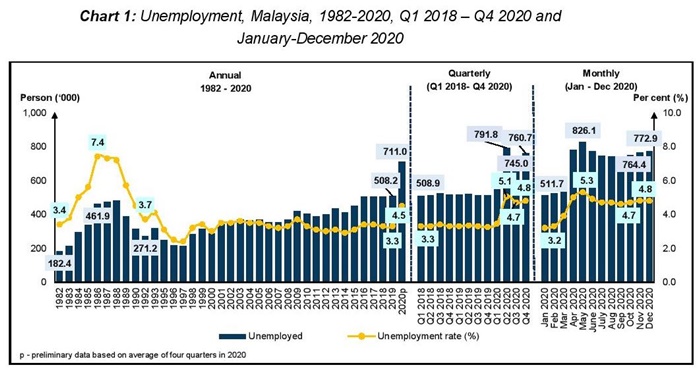 DOSM also foresees that Malaysia’s labour market will continue to remain in a challenging situation in early 2021, but initiatives introduced by the government will likely soften the impact dealt to it. For context, Malaysia’s unemployment rate soared to an unprecedented height in March, April, and May 2020 due to Covid-19 and the implementation of the first MCO. It eventually improved in June, July, August, and September, but began to increase slightly again in October and November.