Personal Finance News
May Unemployment Rate In Malaysia Soars To 5.3% 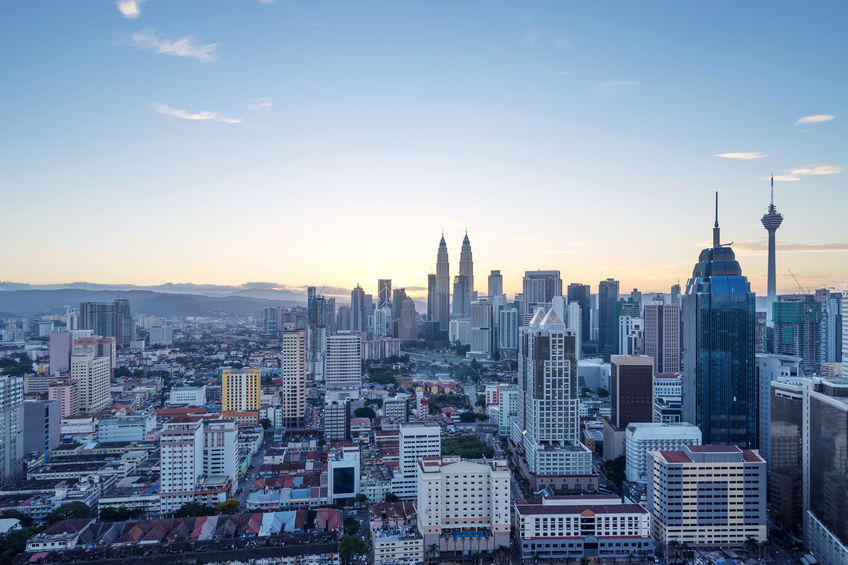 Malaysia’s unemployment rate escalated to 5.3% in May 2020, up 0.3% from the unemployment rate in April. The number of unemployed persons for the month of May stood at 826,100 individuals, increasing by 47,300 from the previous month.

Similar to previous months, the most affected employed persons for the month of May were in the services sector, mainly in industries related to tourism, accommodation, event management and arts, entertainment, sports, and recreational activities.

The number of own-account workers also continued on a downward trend since March 2020, dropping by 161,500 individuals from April to May 2020. Specifically for the month of May, a noticeable decline was recorded for employed persons in the construction sector as well, with the increased detection of Covid-19 clusters among foreign workers in this industry.

A positive observation pointed out by DOSM was that the monthly change in unemployed persons in May was very much lower than the change registered moving from March to April; unemployment increased by 168,300 between March and April but only 47,300 from April to May.

This reduction could be partly due to the implementation of numerous stimulus packages reaching their intended targets – as well as the additional factor of more businesses being allowed to operate following the conditional phase of the movement control order (MCO). 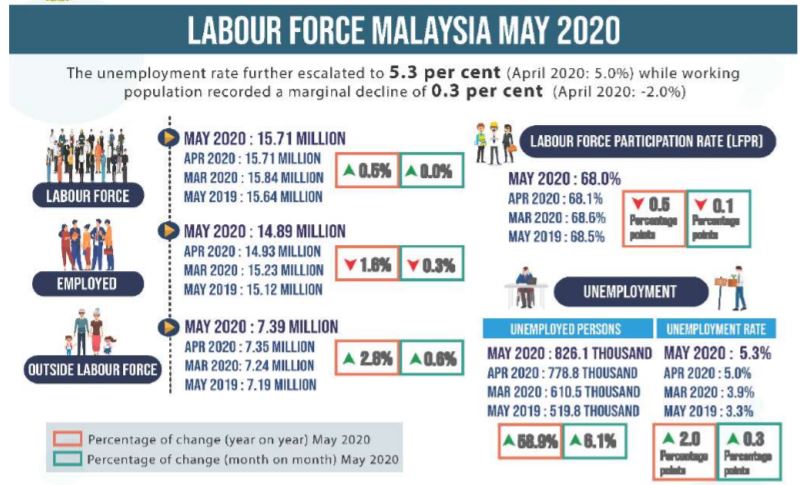 Overall, DOSM affirmed that the economic indicators for May showed improvement as compared to April 2020 and that the labour force situation in June is expected to improve slightly.

“As the Recovery MCO took effect on 10 June 2020 onwards, the business conditions would gradually recover as more sectors are allowed to open with strict standard operating procedures,” the report stated. “This implementation may allow businesses to regain their momentum, while new business opportunities emerge as demand changes amidst the new norm. This in turn is expected to retain employment, create new jobs and spur hiring.”