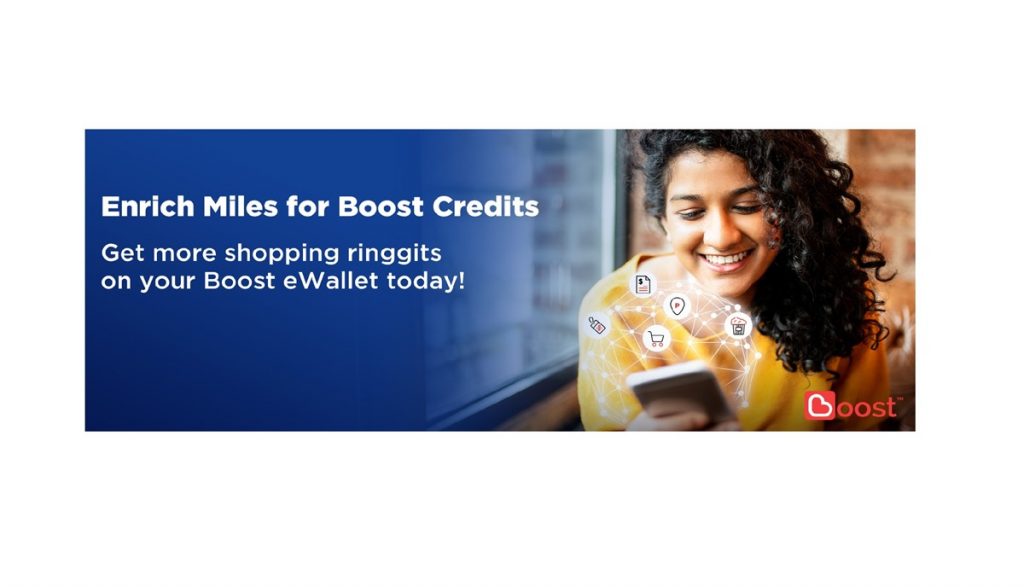 For a limited time, Malaysia Airlines is allowing members of its frequent flyer programme to redeem their Enrich Miles for Boost e-wallet credit. As redeeming miles for flights is a less viable option for most given the current Covid-19 climate, this could be an alternative way for Enrich members to make use of their frequent-flyer miles if they are expiring soon.

Between 16 April and 31 May 2020, Enrich members can redeem 2,000 Enrich Miles for a Boost credit redemption code worth RM20. Each member can redeem up to a maximum of five Boost redemption codes during the campaign period, and the redemption can be done on the Enrich online portal under the Redeem Lifestyle Vouchers section.

Is it worth redeeming?

At 1 sen/mile valuation, is it worth redeeming? Redeeming a flight definitely has better value, but to confirm, let’s do some further calculations based on the assumed flight below.

You can redeem a total of RM1,708 for 40,000 Enrich Miles, which works out to value 1 Enrich Mile at 4.27 sen – more than 4x compared to a Boost redemption. Business class redemption for the same flight above yields a valuation of 5.47 sen per Enrich Mile. In short, you could get between 4-5 times more dollar value per Enrich Mile by opting for a flight redemption over the Boost redemptions, but with COVID-19 showing no signs of abating globally, this may be a viable option if your Enrich Miles are expiring from June 2020 onwards (Miles expiring in March to May 2020 are given a complimentary six-month extension by Malaysia Airlines).

To redeem your Enrich Miles for Boost vouchers, head on over to the Malaysia Airlines Enrich website.