Have you got a smartphone or tablet yet?
Don’t worry, I’m sure you will have one soon. Malaysian’s are replacing their
boring old mobiles and PCs with smartphones and tablets faster than everyone
else in SE Asia. And as we have just about the best mobile connectivity in the
region it’s not surprising that we’ve been very quick to take advantage of all
the amazing apps in the iTunes and Google Play stores.

Taking a quick look at the top ten charts
for Malaysia’s Apple appstore, here’s our quick guide to the best personal
finance apps for your iPhone and iPad that money can’t buy (yes, they’re all
free). 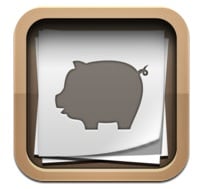 Piggie is a personal finance app from
Singapore developer Meiwin Fu. It received
glowing reviews in the press in 100+ countries around the world on release, so
though it didn’t hit our Malaysia top ten chart, we thought we’d give it a go.

Piggie allows you to track your expenses on
a daily, weekly and monthly basis. Its interface is simple and intuitive
allowing users to customise their own spending categories. You can even snap a
picture of a receipt or a particular purchase and upload them into each of your
expenses as a visual reminder.

If you’re looking for something simple to
keep track of your spending, Piggie is the app for you. 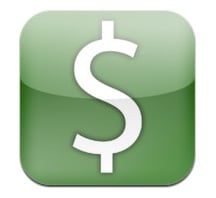 Currency Convert does what it says on the tin – it’s an exchange rate calculator that stays up to date with currency
values on the world market. With a really straightforward design that makes the
best use of visual cues, such as country flags, this is one of the easiest
foreign exchange apps we’ve ever tried.

If you need to stay on top of the Ringgit’s
performance against other currencies, then this is the app for you. 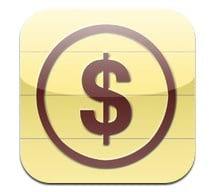 Smart Budget is a pretty popular free app for recording your expenses. If you like the Notes and Reminders apps that come
with your iPhone or iPad, then you’ll love Smart Budget, it follows much the
same design and there’s no steep learning curve in understanding how it works
to keep on top of expenses. 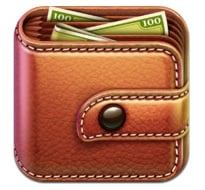 Spending Tracker battles it out in Malaysia’s iOS charts with Smart Budget. These two apps are very similar in
both ‘look and feel’ and operation. In fact, there’s not much to choose between
them except which colour you like as a background and which icon you think is
best.

My money is on Spending Tracker, but that’s
just a personal opinion.

The great thing about mobile and tablet
apps is that so many of them are free or free to try; so when what’s the ‘flavour
of the month’ quickly becomes old hat, it costs you nothing to stay up to date
with the best Personal Finance apps on the market.

We’ll be covering more mobile and tablet
apps for Android soon, so subscribe to our feed and stay in the loop.