Grab and Payments Network Malaysia (PayNet) have announced a partnership that will make GrabPay the first e-wallet in Malaysia to adopt DuitNow QR, the country’s common QR standard.

DuitNow QR enables users to make payments using the e-wallet or mobile banking app of their choice, just by scanning a common DuitNow QR code. Meanwhile, merchants only need to display one universal QR code in order to accept payments for various apps.

According to Grab, the Grab app will be able to support the DuitNow QR code by the first half of 2020. 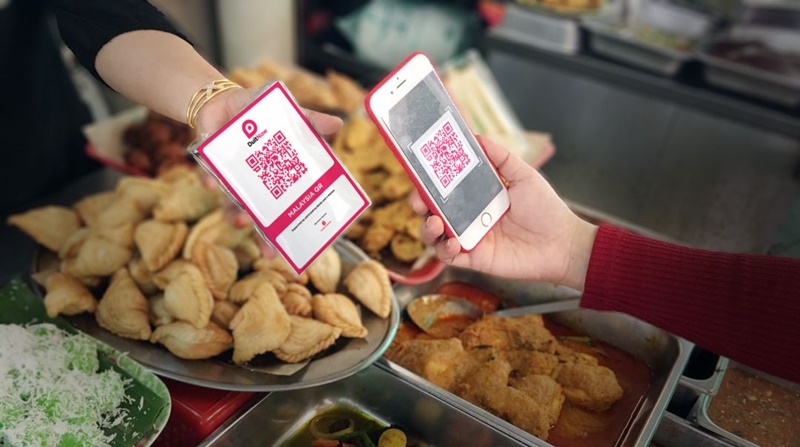 Ooi Huey Tyng, managing director of GrabPay Malaysia, Singapore, and the Philippines, stated that Grab is honoured to be the first e-wallet to adopt DuitNow QR. “With this partnership, we are confident that it will propel GrabPay further to provide a seamless and safe payment method for customers and merchants,” she said.

“At the moment, e-wallet providers are incurring substantial acquiring costs for merchants since they are each signing up the same set of merchants for their respective proprietary networks,” said Peter Schiesser, PayNet’s Group CEO. “With DuitNow QR, a merchant needs to sign up with only one bank or e-wallet acquirer.”

PayNet serves as Malaysia’s shared payment infrastructure provider, and is required to execute an interoperable and universal QR standard for the whole country under Bank Negara Malaysia’s (BNM) Interoperable Credit Transfer Framework (ICTF). DuitNow QR is set up under this framework.

Currently, four banks are already offering DuitNow QR on their mobile apps, with Public Bank having been the first to do so earlier in July. As many as 25 banks are expected to implement the DuitNow QR over the next 6 months, while 15 other e-wallet providers and non-bank merchant acquirers have also applied for admission into the DuitNow scheme.

Is it the first one