RHB aims to double its mobile banking app users to 1 million by the end of 2019 with its brand-new RHB Mobile Banking app. 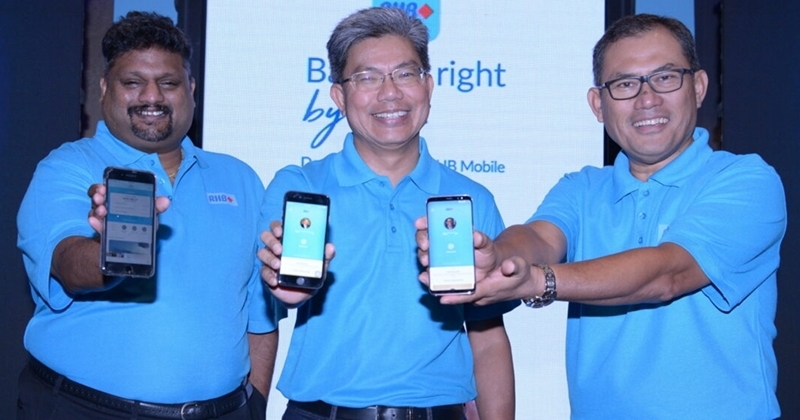 RHB Bank has launched its new RHB Mobile Banking app, which will eventually replace its existing RHB Now app. The bank has set a target of hitting 1 million users by the end of this year, which is double the users of RHB Now.

Managing Director of RHB Banking Group Dato’ Khairussaleh Ramli also shared that by the year 2022, the new RHB Mobile Banking app is expected to increase transaction volume via digital channels to over 80% compared to the present 66%.

Dato’ Khairussaleh said that these goals are to be achieved through the new app’s “killer features”. Its “One Touch Payment” function allows users to make payments of up to RM500 to 8 recipients without requiring a full login into the app. Besides, the app also features push notifications for upcoming payments where users can make payment with a single touch by simply tapping the notification.

“This is the first phase of our new mobile banking app and we will develop a quick response (QR) code and integrate it later into the app, in conjunction with Payments Network Malaysia Sdn Bhd’s (PayNet) implementation of the real-time Retail Payments Platform,” he told the press after the app’s launch ceremony. The bank is also looking to develop its own e-wallet service in the new app.

The RHB Mobile Banking app will co-exist with the old RHB Now app before gradually being integrated into a single platform over the next 12 months. Current RHB Now users will be given six months to transition to the new app.

You can download the new RHB Mobile Banking app from the App Store and Google Play.

PNB Introduces myASNB App, Designed To Encourage Youths To Invest For The Future

Read More
The Employees Provident Fund (EPF) has offered more clarity with regard to the i-Sinar facility, following some questions…
CCash Back Credit Card

Read More
With hundreds of credit cards to choose from in Malaysia, which among them offer the best cashback benefits? We list some of the best for you.
PPersonal Finance News

Read More
Google has finally listed Malaysia as one of the countries available to purchase its Google Play Gift Cards.
PPersonal Finance News