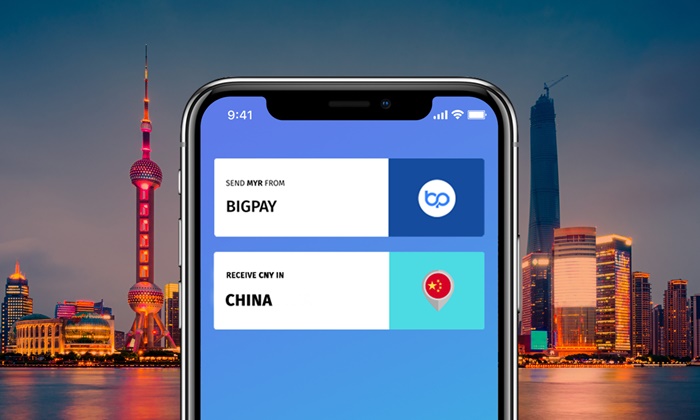 BigPay has expanded its international remittance service to China via a collaboration with China’s online payment platform, Alipay.

Additionally, the transfer process can be completed within 15 minutes, with the remittance fee to China fixed at RM23 per transfer. However, if this is your first time conducting an international money transfer with BigPay, you get to do it for free.

BigPay also quoted World Bank’s data, which stated that a total of US$345 million (approximately RM1.46 billion) is sent annually from Malaysia to China. By tapping into Alipay users in China, BigPay users can transfer funds to an additional 900 million people. The financial service further said that frictionless and affordable money transfer remains critical during this time as the regional economy begins to recover from the onslaught of the Covid-19 pandemic.

With this update, BigPay’s remittance service now allows its users to send money from Malaysia to 10 other countries, including India, Nepal, and Bangladesh. The latest countries to be added to the list prior to China was Australia and Vietnam, recently included in June 2020.

BigPay is available for download on Google Play and the App Store. Alternatively, you can head on over to BigPay’s website to find out more about this latest update.