GrabPay e-wallet users can look forward to ending 2020 with a bang by tapping into two campaigns from the tech giant, offering up to 40% GrabRewards points “pointsback” as well as the chance to earn up to 7,000 GrabRewards points. The GrabRewards Year-End Pointsback campaign – which starts today – will end on 31 December, whereas the GrabPay Power Up campaign will only run for one day on 31 December. 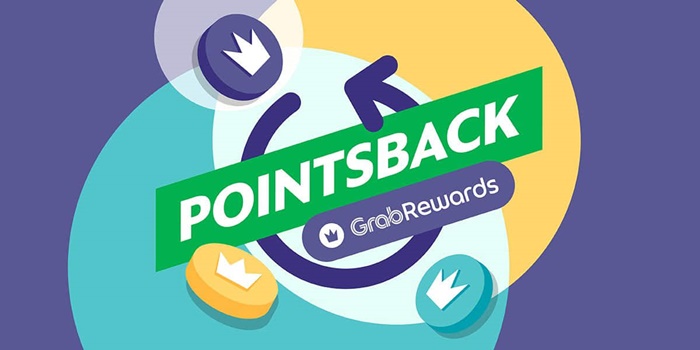 As with previous Pointsback campaigns, Platinum and Gold users will be able to get 40% and 30% Pointsback respectively. Meanwhile, Silver and other regular members will get 10% Pointsback. Here’s how the Pointsback rewards look like when you redeem RM20 and RM50 discounts on GrabFood and GrabMart:

Aside from GrabFood and GrabMart, you can also tap into this campaign with selected Grab partners, including llao llao, Tealive, Lazada, Shopee, Village Grocer/B.I.G, and Starbucks. Rewards that are available for redemption range between discounts of RM5 to RM20:

Note, though, that each user is only allowed to make up to three redemptions during the campaign period. Additionally, each reward is limited, and will be awarded on a first-come first-served basis.

This is a great opportunity to maximise the value of your points. Grab values its rewards points at a redemption rate valued at 800 points = RM5, which means 1 point is worth 0.625 sen. With the Pointsback campaign, you’ll be redeeming vouchers that value 1 GrabRewards point at 1.04 sen (i.e. 40% higher) and thus increase your rate of return to 3.125% for Platinum users (you can read more about the calculation in our analysis of the GrabRewards points). 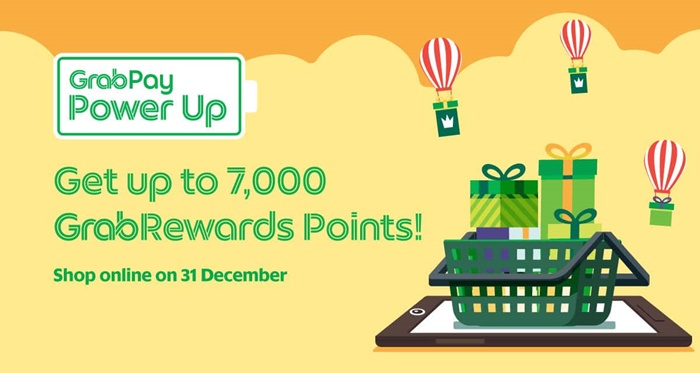 This one-day-only campaign will give you the chance to earn up to 7,000 GrabRewards Points when you spend a minimum amount using GrabPay at selected online stores. There are two “Power Up” categories in this campaign:

In its press release, Grab also pointed out that each user is entitled to one redemption per category, which means that you can technically earn a total of 10,500 GrabRewards points by making two transactions with the minimum values stated above. Note, though, that both categories have a limit of 5,000 redemptions, provided on a first-come first-served basis, so you’ll have to be quick.

Also, this campaign is valid only for retail transactions; all bill and insurance payments will not be accepted as qualifying spend. Some of the major online merchants that you can visit in order to qualify for this campaign include Zalora, Caring Pharmacy, Mr DIY, Senheng, and Domino’s. Just remember to set GrabPay as your preferred payment method when checking out!

The GrabRewards points earned will be awarded instantly once you’ve met the spend requirement. The bonus points are a huge bonus because even at Platinum level, RM1 only earns 3 GrabRewards Points.

Not to forget, these points are worth 40% more if you redeemed them during the end-of-month Pointsback campaigns!

For more information about the GrabRewards Year End Pointsback campaign and GrabPay Power Up campaign, head on over to Grab’s official website.