The GrabRewards Super Sale and subsequent GrabRewards devaluation had originally been slated to take place starting 23 March 2020, but was postponed in light of the movement control order (MCO) due to Covid-19. 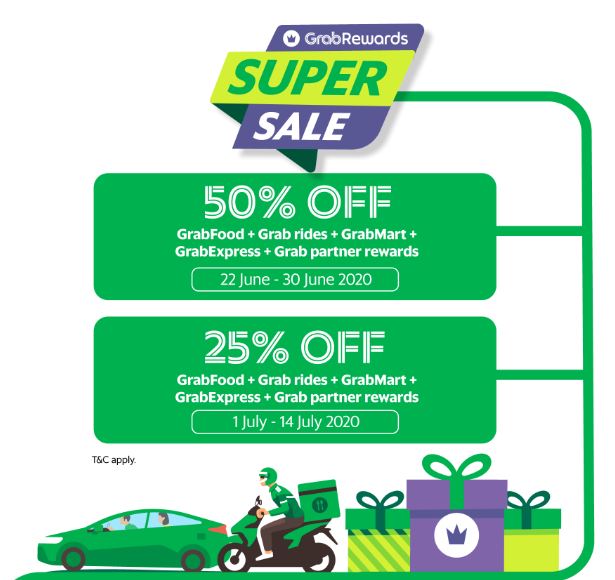 From 15 July onwards, GrabRewards members will be facing a massive devaluation of redemption rates. To soften the blow, Grab is offering discounts for GrabFood, Grab rides, GrabMart, GrabExpress, and selected Grab partner rewards under its GrabRewards Super Sale from 22 June to 14 July.

While you’re noting these dates down, you should also be aware that Grab is extending its GrabRewards tier status and voucher validity until 31 December to provide flexibility to its customers amidst the ongoing restricted movement and social distancing guidelines. There will be no tier downgrades during the period between now and 31 December 2020, and the validity of all Grab food and ride reward vouchers will be extended until the end of the year as well.

How Big Is This Change?

When Grab first announced its impending devaluation exercise, we did an in-depth breakdown on the change in redemption rates which you can refer to here. To recap, the redemption rates for all GrabRewards members will decrease by about 34% when the devaluation takes place come 15 July 2020. The calculations can be seen below:

With it taking 800 points to redeem a RM5 voucher from 15 July onwards, your rate of return will now be 1.875% for Platinum users (2.5% previously), 1.41% for Gold (1.875% previously), and 0.94% for Silver and Basic (1.25% previously). It’s a far cry from the good old days when Grab used to offer returns rates in the double-digit range – with these revised rates now, most cashback credit cards give better rates of return.

As you may have noticed, Grab will also be removing its RM15 GrabRewards voucher, introducing a lower-value RM3 voucher instead. This is not the first time that Grab has decided to do away with its high-value GrabRewards vouchers; Grab used to have RM20 and RM25 vouchers until they were removed in the latter half of last year. With the removal of the RM15 voucher come 22 June, the highest voucher you can redeem will now be the RM10 voucher, which enforces a lower cap on how much you can save per transaction.

Make Use Of The Super Sale 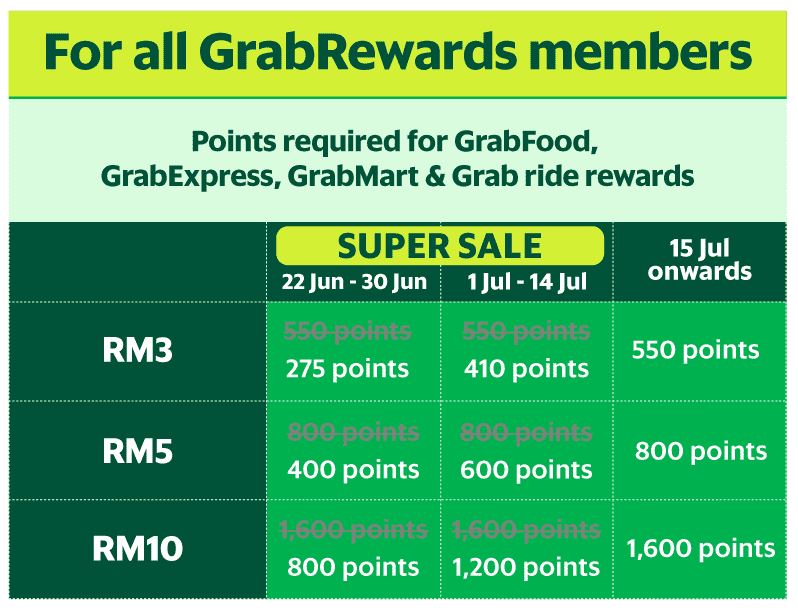 The GrabRewards Super Sale offers a good opportunity for you to use your points before the devaluation takes place on 15 July. From 22 June to 30 June, Grab is offering a 50% discount on its voucher redemptions; although this discount is based on the post-15 July redemption rates, it’s still a better deal than the current redemption rates for the vouchers. Therefore, if you want to use up your points, this nine-day window is the best time to make your redemptions – you can even stock up on your vouchers if you’re a regular user of Grab’s services and have enough points.

The second phase of the Super Sale period offers the vouchers at a 25%-off redemption rate. If you check the comparison table that we’ve shown you above, you’ll see that the redemption rates during this two-week period of the sale basically correspond to the pre-22 June GrabRewards rates. 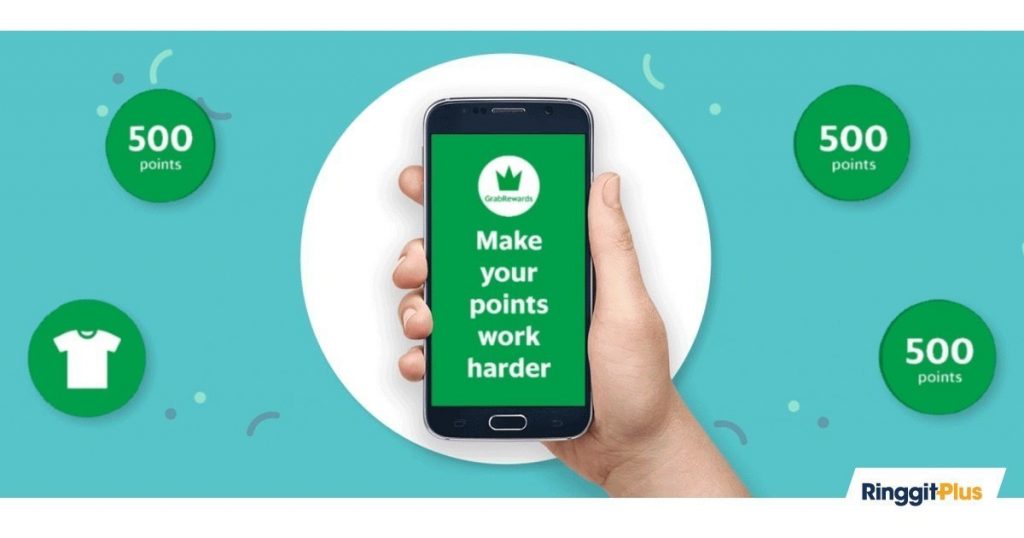 As we have already recounted back in March, Grab’s recent revisions does challenge its position as one of the best e-wallets in Malaysia today. With competitors like Boost having established rewarding loyalty programmes of their own, we may see some GrabPay users jumping ship once 15 April rolls around. Grab does have the advantage of having its own prominent e-hailing and food delivery services integrated into its ecosystem – although with a 1.875% maximum rate of return, it may make sense for users to pay for these services using cashback or rewards credit cards instead of GrabPay.

According to Grab, the change in its GrabRewards catalogue was done to reflect the overall growth of its ecosystem and the increased methods users can earn and spend their rewards points. Indeed, this newest round of changes as well as previous revisions to its earning rate show that the GrabPay e-wallet has graduated well past its user acquisition phase and is moving to adopt a more sustainable business model. While there’s no doubt that GrabPay is here to stay as a major player in the e-wallet landscape of the country, it will be interesting to see how users react now that this long-expected change to its rewards catalogue is here at last.