With the upcoming revision of some of Maybank’s most popular credit cards as well as its premium cards come 1 June 2019, many cardholders may contemplate cancelling their Maybank credit cards. After all, the revision impacts the way cardholders earn cashback or rewards with their cards.

As it turns out, Maybank’s range of credit cards remain very competitive despite the slightly reduced benefits. Let’s take a look at the cards from two perspectives: cashback and air miles accumulation. 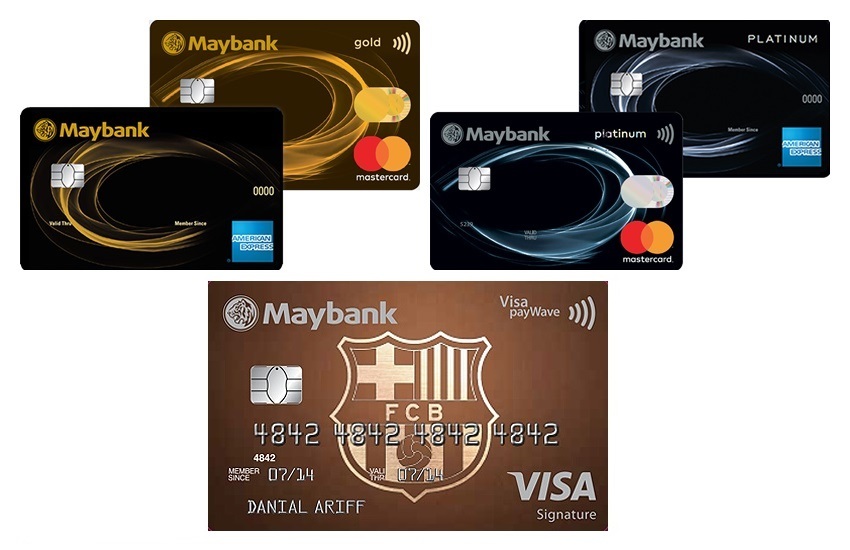 One of the biggest changes in the upcoming revision goes to the Maybank 2 Gold and Platinum cards. With its weekend cashback + 5X TreatsPoints (TP) benefit, cardholders were earning an effective 6% on virtually any weekend transaction – with zero minimum spend. 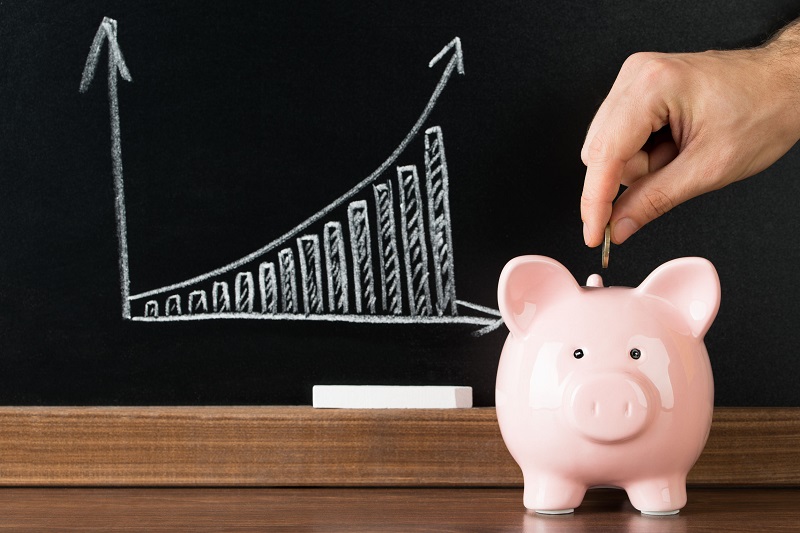 The Maybank 2’s revision isn’t as terrible a revision as it may seem – Maybank has done a lot worse in the past. Older cardholders will remember the time when Maybank drastically reduced the Maybank 2’s benefits from 5% weekend cashback to 5% weekend dining cashback, severely limiting its usability as a cashback card. (This move proved so unpopular, Maybank restored the weekend cashback two years later.)

However, this doesn’t mean you should cancel either card. Both cards earn cashback for virtually all retail transactions (not tied by any category), and without any minimum spend requirements. They are also free for life (zero annual fees), which means you’ll only need to pay for the RM25 SST every year. With a potential annual cashback of RM600 and RM700 respectively for the Maybank 2 and FC Barcelona Visa Signature, that certainly seems like a small price to pay. Your mileage will vary, of course.

Not to forget, the Maybank 2 Amex’s 5x TP benefit on weekdays yields some impressive air miles redemption rates, which you’ll see later below. 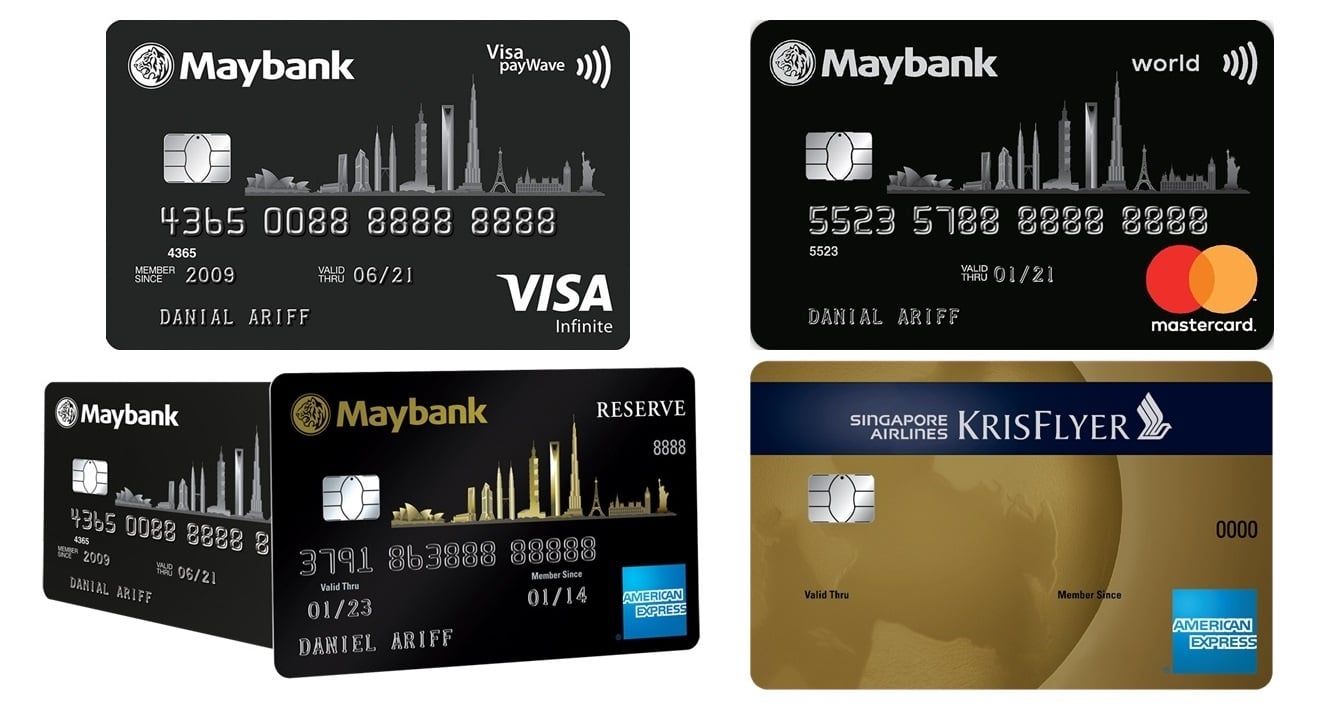 With these changes, let’s compare the air miles redemption rates from our list of the best air miles credit cards in Malaysia:

From the table, it’s quite clear that the 11% depreciation from the upcoming card revision doesn’t leave a dent on the Maybank 2 Premier’s position as the best air miles credit cards in Malaysia. As long as you’re using the Amex Reserve, no credit card comes close to it for local spending – thanks to its 5x TP feature and exclusive air miles redemption rate.

The Visa Infinite (which can be applied individually or as part of the Maybank 2 Premier with the Amex Reserve) earns 2TP for every RM1 spent locally (excluding education, utilities, insurance, petrol, EzyPay, which earn 1x TP, and government-related transactions, which earns 0TP), and 5TP for every RM1 spent overseas. This rate hasn’t changed, which means its air miles conversion rate loses out even to the Maybank 2 Gold/Platinum Amex (RM1.40 – RM2 = 1 air mile).

Meanwhile, the Maybank World Mastercards have their own rewards points system called Treats AirMiles. Treats AirMiles (TA) do not expire – a major difference since TreatsPoints expire after 3 years. The TA redemption rate is set at 6,000 TA = 1,000 Enrich/Asia Miles/KrisFlyer miles, and the card earns 5 TA for every RM2 spent locally and 5 TA for every RM1 spent overseas. Its air miles redemption rate is attractive for overseas spend, but like the Visa Infinite, isn’t great for local spending.

Then there’s the Singapore Airlines KrisFlyer American Express Gold card. It’s not a premium credit card like the others above, but its only benefit is to accumulate air miles. Previously, it was one of the few credit cards to offer rewards for government bodies transactions but come 1 June, that won’t be the case anymore. Its benefits are limited only to KrisFlyer miles too, though that’s not really a bad thing when SIA is one of the top airlines in the world. 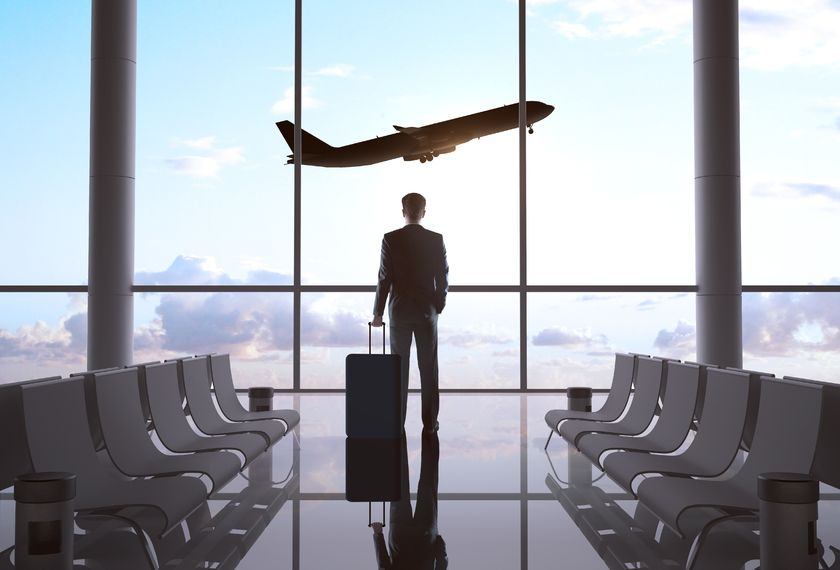 Maybank’s premium credit card revisions certainly makes for interesting observations. On one hand, Maybank has made the Maybank 2 Premier more accessible thanks to the lower income requirement. But it comes at the cost of 11% more TP required to redeem 1,000 air miles.

Secondly, the Maybank World Mastercard has become an interesting alternative for those who prefer the better acceptance rate of Mastercards over Amex. The redemption rate may be worse compared to the Amex Reserve, but it is better than the Visa Infinite (the Maybank 2 Premier’s fallback option when a merchant doesn’t accept Amex). Plus, the 50,000 TA bonus upon approval and TA that never expire make a world of difference as you build your TA stash and redeem that first-class ticket.

As for the Singapore Airlines KrisFlyer Amex, its core benefit hasn’t changed, and for local spend, it’s got a better rate than the Visa Infinite and World Mastercard – at 60% of the income requirement. It’ll just be tougher to accumulate miles with the exemption of utilities and government bodies from 1 June.

So, if you’re a cardholder of any of the premium Maybank credit cards above, there’s no reason for you to cancel your card. What you should do, however, is to redeem your preferred air miles before 1 June so your accumulated TPs don’t become 11% less valuable overnight.

On the other hand, if you’re interested in getting a premium Maybank credit card, the upcoming revision will be good news. The Maybank 2 Premier remains a fantastic credit card for air miles redemption, and for the first time, the Maybank World Mastercard can be seen as a viable alternative with its non-expiring TA points. Just be wary of the annual fee waiver requirement for all premium Maybank cards (spend at least RM80,000 within the card anniversary date).

Disclaimer: The views and opinions expressed in this article are those of the author.